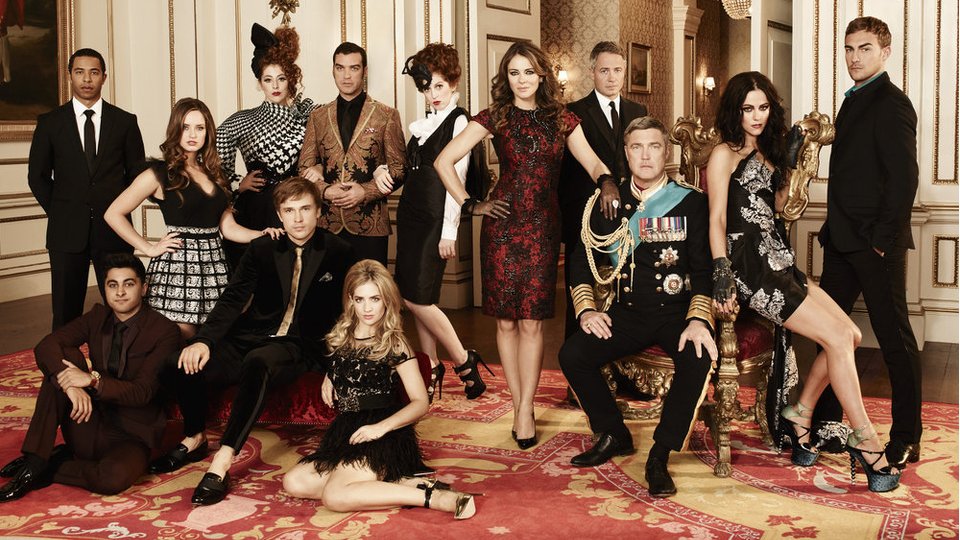 E!’s first scripted drama The Royals will premiere on E! UK on Wednesday 25th March 2015 at 9pm it has been confirmed.

The drama depicts the lives of a fictional monarchy in modern times where power is everything. The Royals stars Elizabeth Hurley and Vincent Regan as Queen Helena and King Simon, along with William Moseley as Prince Liam and Alexandra Park as Princess Eleanor. The internationally esteemed ensemble adding anarchy in the monarchy are Merritt Patterson, Jake Maskall, Ukweli Roach, Tom Austen, Sophie Colquhoun, and Oliver Milburn. The legendary Joan Collins will also guest star as the Grand Duchess of Oxford.

“As E! is the ultimate destination for A-list celebrity entertainment, “The Royals” is the perfect show to complement our line-up of Hollywood ‘royalty’. We are particularly excited by “The Royals” as E!’s first original scripted drama is set in the UK, features a stellar British cast, including Elizabeth Hurley and Joan Collins, together with young emerging local talent,” said Nicky Douglas, Managing Director, UK, Universal Networks International.

The Royals has already been renewed for a second season ahead of its launch in the US.