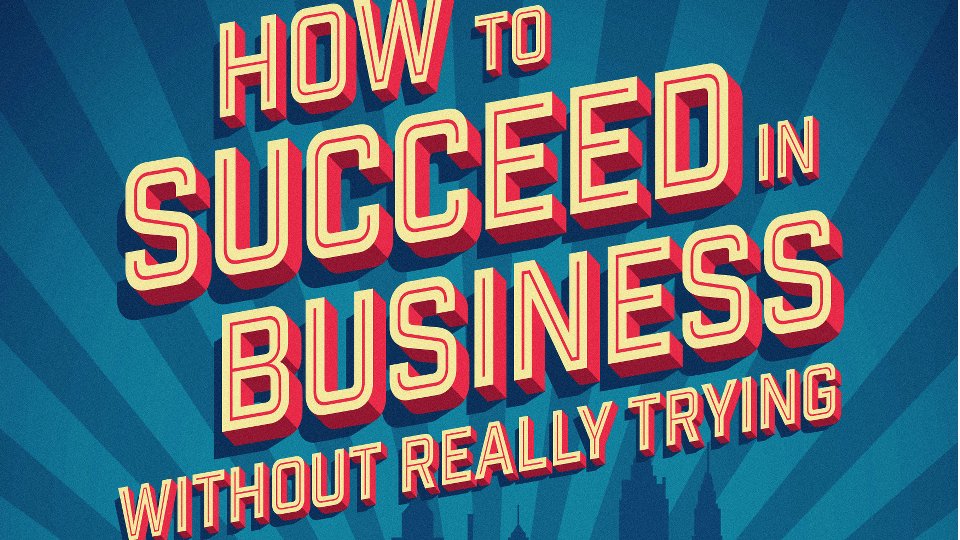 How To Succeed in Business Without Really Trying is the first in a new series of musicals in concert coming to Royal Festival Hall in London on Tuesday 19th May 2015.

The classic 1961 musical has music and lyrics by Frank Loesser (Guys and Dolls), and a script by Abe Burrows, Jack Weinstock & Willie Gilbert, and will be reimagined as a live concert experience.

The concert is co-produced by British writer and producer Elliot Davis and will feature the Royal Philharmonic Orchestra conducted by Mike Dixon bringing the songs to live with a full ensemble of singers. The full cast line up is to be announced.

How To Succeed in Business Without Really Trying is set in New York in the early 60s at the World-Wide Wicket Company. The show chronicles the meteoric rise of J Pierrepont Finch, a young bright window-cleaner who buys a book about rising up the corporate ladder. Following the book’s instructions closely, Finch soars to the top of the company having to of course dodge more than a few obstacles on the way. Obstacles in the form of rival’s such as Bud Frump, nephew of the Company President, JB Biggley; corporate-climber Hedy. According to the book, professional life and work life shouldn’t mix, a rule which Finch finds hard to follow when he falls in love with one of the corporate secretary’s, Rosemary. As Finch’s confidence grows, he relies more on his wit and charm than on the book. A dangerous move, indeed…

Ollie Rosenblatt, co-producer of the concert and MD of Senbla commented, “Bringing this show to the London concert stage is a great privilege. To start work on a production that has stamped itself firmly as one of the great shows in the history of musical theatre is hugely exciting and this being one of many more musicals in concerts we will be producing we hope this will be a new form of entertainment for the public to get their teeth into”.

Elliot Davis, commented “How To Succeed has a Frank Loesser score which showcases his genius both melodically and lyrically. The face-paced nature of the script is beautifully served by Loesser’s winning melodies. Having seen the recent production on Broadway, where I fell in love with the show all over again, it is a honour to be able to bring How To Succeed In Business Without Really Trying to London in Concert. This exciting new association with Senbla Concerts and Ollie Rosenblatt is one which will see us honing in on the timeless classics of musical theatre and bringing them to concert in London with the best orchestras, casts and creative teams we can assemble. “

Tickets are available from the Royal Festival Hall Box Office and www.ticketmaster.co.uk

In this article:How To Succeed in Business Without Really Trying, Royal Festival Hall