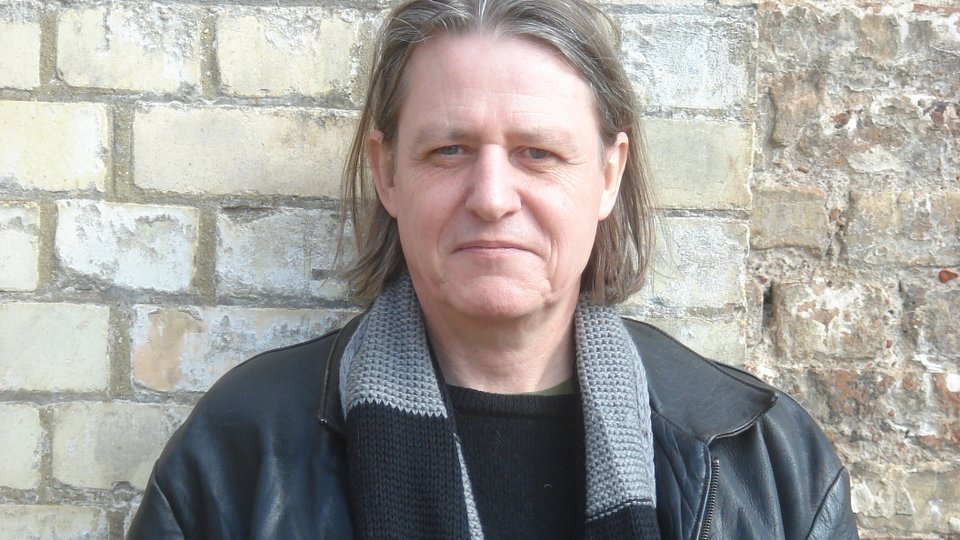 The book tells the story of The Jackaroo, who have given humanity 15 worlds and the means to reach them. Chloe Millar, a woman who maps changes caused by imported scraps of alien technology. When she stumbles across a pair of orphaned kids possessed by an ancient ghost. And on one of the Jackaroo’s gift-worlds, the murder of a man who has just arrived from Earth leads policeman Vic Gayle to a war between rival gangs over possession of a remote excavation site.

Something is coming through. Something linked to the visions of Chloe’s orphans, and Vic Gayle’s murder investigation. Something that will challenge the limits of the Jackaroo’s benevolence…

To celebrate the release of the book Paul has written a piece about Alien Invasion film adaptations sharing his thoughts on them and highlighting some of the best, which you can read exclusively right here.

Alien invaders, like zombies, are the new Nazis. Blowing them away is not only guilt-free – it’s also a victory for the forces of good. Which is perhaps why recent alien-invasion films resemble video-game slaughter fests, often featuring, front and centre, the potent might of the latest high-tech armaments of the US Army. Whether the aliens have come for our water (Battle: Los Angeles), our stocks of refined metals (The Darkest Hour), or have simply come to destroy our civilisation because that’s how they roll (Battleships, Independence Day, Pacific Rim, War of the Worlds), it’s our duty to destroy them with as much noisily spectacular firepower as possible. But there are subtler, more intelligent alien invasion films out there that don’t assume that species advanced enough to traverse vast interstellar gulfs are not only stupidly hostile, but can’t match the weaponry and true grit of puny humans. Here are five of my favourites.

Jack Finney’s classic 1954 science-fiction novel The Body Snatchers spawned no less than four films and introduced the term ‘pod people into common usage. The first adaptation, Invasion of the Body Snatchers, helmed by Don Siegel in 1956, is a terrific piece of science-fictional paranoia in which a small-town doctor discovers that his patients and neighbours are being replaced by perfect, albeit emotionless, duplicates spawned from plant-like pods that grew after a fall of space spores. The 1978 remake relocated the action to San Francisco to good effect, and reinstated the pessimistic ending that in the first film was replaced by a feel-good framing story. Abel Ferrara’s adaptation, Body Snatchers (1993), sets the invasion in a military base and successfully ups the horror quotient and underscores the theme of conformity; the latest version, The Invasion (2009), directed by James McTeigue, strays furthest with the original story, with a fungal infection as the agent of change rather than pod-people duplicates, and is the least successful of the bunch.

Daleks’ Invasion Earth 2150 A.D. (1966), the second big screen spinoff from the Doctor Who TV series, is no classic, but invokes a heady dose of personal nostalgia – I saw it when it was first released, back when I was a Doctor Who fan who’d been hooked from the very first episode. In a future Earth ravaged by war, the pesky pepperpots plan to remove the planet’s core and replace it with a engine to turn it into a giant spaceship. As you do. The low budget constantly undermines the film’s ambition, and although Peter Cushing is an effective Doctor, he’s an eccentric human inventor rather than an alien outcast, and the number of scenes in which he featured were cut down because of his ill health. But the star of the film is ruined London, with its rubble-strewn streets and wrecked monuments guarded by Daleks and their flying saucers, and an iconic shot of a Dalek rising from the Thames. An anticipation, perhaps, of the ruined, robot-patrolled cities of the post-apocalyptic future of the Terminator films.

Andrew Keir, who played the leader of a rebel group in Daleks’ Invasion Earth 2150 A.D., also starred in one of the best British science-fiction films ever made, and one of the best and most chilling alien invasion films: Quatermass and the Pit (1967). A remake of a 1950s TV serial, it’s not about the perils of an ongoing invasion, but the aftermath of an interplanetary incursion that, although dating back some five million years, left a deep imprint on the human race. Brilliant, irascible Professor Quatermass becomes involved in the discovery of bones of early ancestors of the human species and a strange artifact during excavations to extend Hobbs Lane tube station in London. Quatermass’s investigations reveal that the artifact was responsible for a long history of spooky events in the area, and shows that the Martians interfered with human evolution. Scripted by Nigel Kneale, who also wrote the original serial, it anticipates/parallels idea of alien interference in human evolution embodied in Arthur C. Clarke’s Childhood’s End and later explored in his collaboration with Stanley Kubrick, 2001: A Space Odyssey.

John Carpenter’s They Live (1988), partly based on Ray Nelson’s short story ‘Eight O’Clock in the Morning’, is both a classic of science-fictional paranoia and a call to arms. A construction worker everyman, Nada (played by former wrestler Roddy Piper), discovers a pair of sunglasses that reveals that the Reagan-era yuppies who have taken control of the US are in fact skull-faced aliens. Subliminal messages underpinning consumerism – CONSUME! OBEY! and, on dollar bills, THIS IS YOUR GOD – are everywhere. Piper’s working class hero is unable to convince anyone about the truth until finally, after a famously lengthy back-alley fist fight, he persuades his best friend to put on the sunglasses, and they organise what may be a doomed resistance to the alien values that have traduced their country.

Last but not least, Edge of Tomorrow (2014), adapted from the novel All You Need Is Kill by Hiroshi Sakurazaka, playfully deconstructs and parodies current cliches of alien invasion films and their video game equivalents. In the middle of a war against an alien race that has conquered Continental Europe and threatens the rest of the world, Tom Cruise, cast against type as an army PR flack who has never fought in action, is busted to private after unwisely confronting a general. Pitched into battle in an intense, bloody D-Day style landing, Cruise is quickly killed, but finds himself reliving at the beginning of his last day. With the help of a woman super-soldier he not only learns to fight his way up the beach, like a tyro gamer replaying the same scene, but realises the manner of his original death may be the key to defeating the aliens. It’s an action film with big guns and feral aliens that’s also smart and funny, and like the best science fiction finds something fresh and new in familiar tropes.

Something Coming Through by Paul McAuley is published by Gollancz and is available now.

Advertisement. Scroll to continue reading.
In this article:Paul McAuley, Something Coming Through