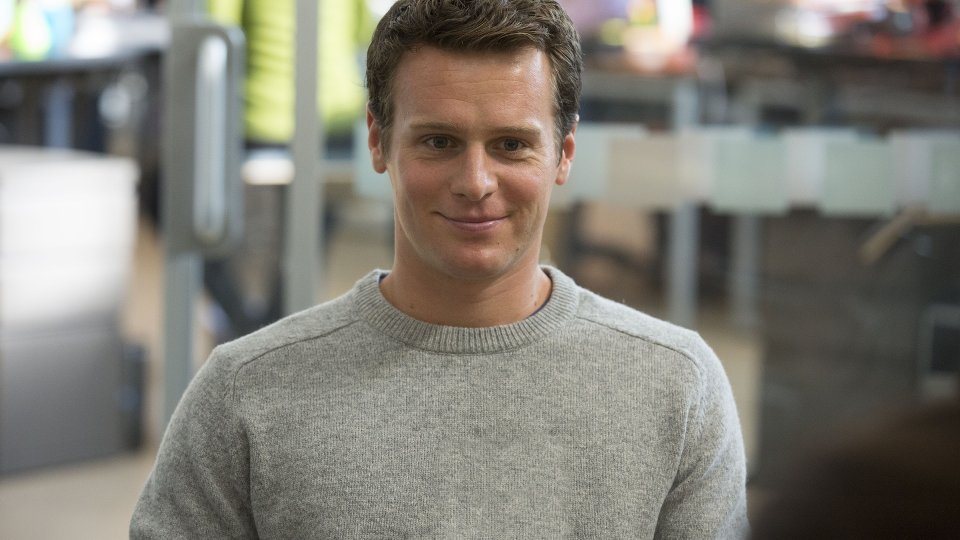 Jonathan Groff (Looking, Glee) has been announced to play the role of J.Pierrepont Finch in the upcoming music in concert version of Frank Loesser’s classic 1961 musical, How To Succeed In Business Without Really Trying.

Groff will be joined by West End and Game of Thrones actress Hannah Waddingham who takes on the role of Hedy LaRue. Clive Rowe, whose credits include The Old Vic’s production of Kiss Me Kate, takes the supporting role of Mr Twimble. West End and Broadway director/choreographer Jonathan Butterell (Sweeney Todd, Nine, Fiddler On The Roof) has been confirmed as director.

“We are delighted to announce Jonathan Groff, Hannah Waddingham and Clive Rowe will perform in How To Succeed in Concert At The Royal Festival Hall. We look forward to building the rest of the cast up from such an extraordinary foundation of talent.

Furthermore the creative team led by Jonathan Butterell as director and Mike Dixon as Conductor / Musical Director couldn’t be stronger.

How To Succeed has a witty and fast-past book accompanying one of Loesser’s most memorable scores. To be able to bring in concert format to London audiences with a team of such talented artists is beyond a pleasure. It will be an evening to remember.”

The classic musical is set in New York in the early 60s at the World-Wide Wicket Company. The show chronicles the meteoric rise of J Pierrepont Finch, a young bright window-cleaner who buys a book about rising up the corporate ladder. Following the book’s instructions closely, Finch soars to the top of the company having to of course dodge more than a few obstacles on the way. Obstacles in the form of rival’s such as Bud Frump, nephew of the Company President, JB Biggley; corporate-climber Hedy. According to the book, professional life and work life shouldn’t mix, a rule which Finch finds hard to follow when he falls in love with one of the corporate secretary’s, Rosemary. As Finch’s confidence grows, he relies more on his wit and charm than on the book. A dangerous move, indeed…

Tickets are priced at £32-50 to £70 and can be purchased at Royal Festival Hall Box Office and www.ticketmaster.co.uk

Advertisement. Scroll to continue reading.
In this article:How To Succeed in Business Without Really Trying, Jonathan Groff