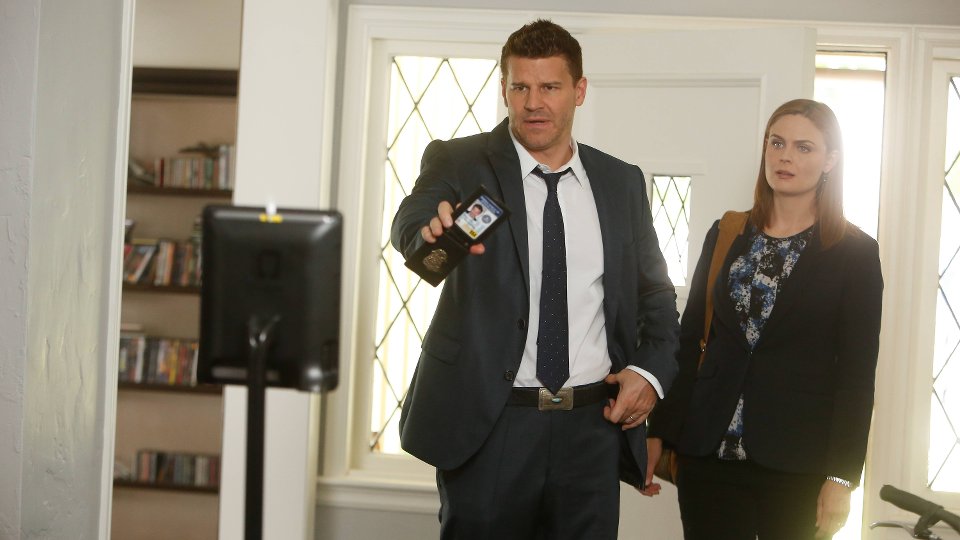 With the murder of Sweets (John Francis Daley) and the conspiracy with the FBI behind them, the Jeffersonian team got back to business in the latest episode of Bones.

Two young girls discovered the remains of a right-wing radio host in a storm drain. Brennan (Emily Dechanel) and Booth (David Boreanaz) investigated the murder and found that the victim had an interest in S&M opening up a wide list of suspects.

The next episode of the season is The Geek in the Guck. Booth, Aubrey and the Jeffersonian team go deep inside the video games industry in search of the killer of a wealthy games developer.