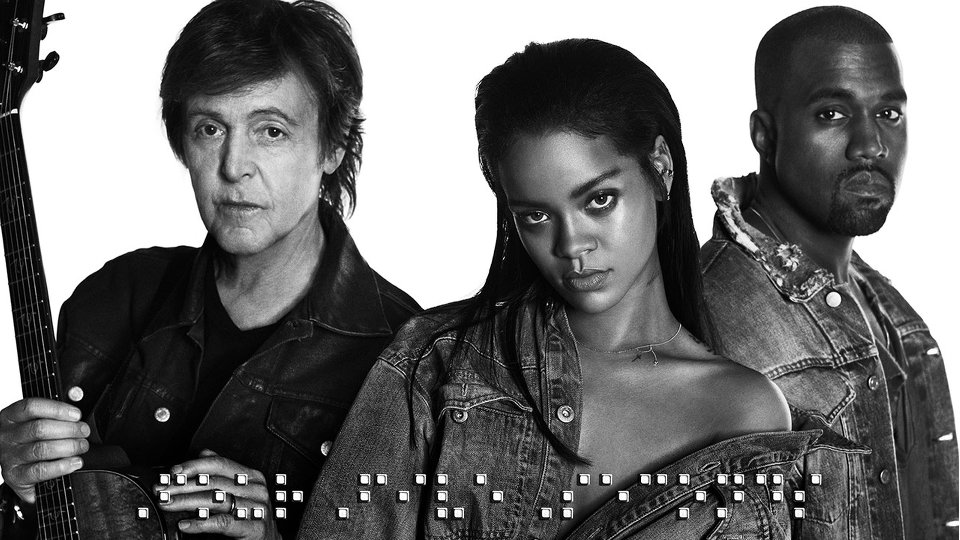 Rihanna has released the music video for her new single FourFiveSeconds.

The single is a collaboration with Kanye West and Sir Paul McCartney, and it was released digitally last week. The music video has been directed by Inez & Vinoodh and is a simple black & white affair featuring the three stars.

FourFiveSeconds has taken Rihanna fans by surprise offering a completely different sound than we’ve previously heard from the singer. Moving far away from the dance and R&B beats she’s known for, FourFiveSeconds is a stripped-back folksy track featuring strong vocals from Rihanna.

The track is the first single to be taken from Rihanna’s upcoming studio album. We’ll bring you more details on that as they become available.

Watch the video for FourFiveSeconds below: