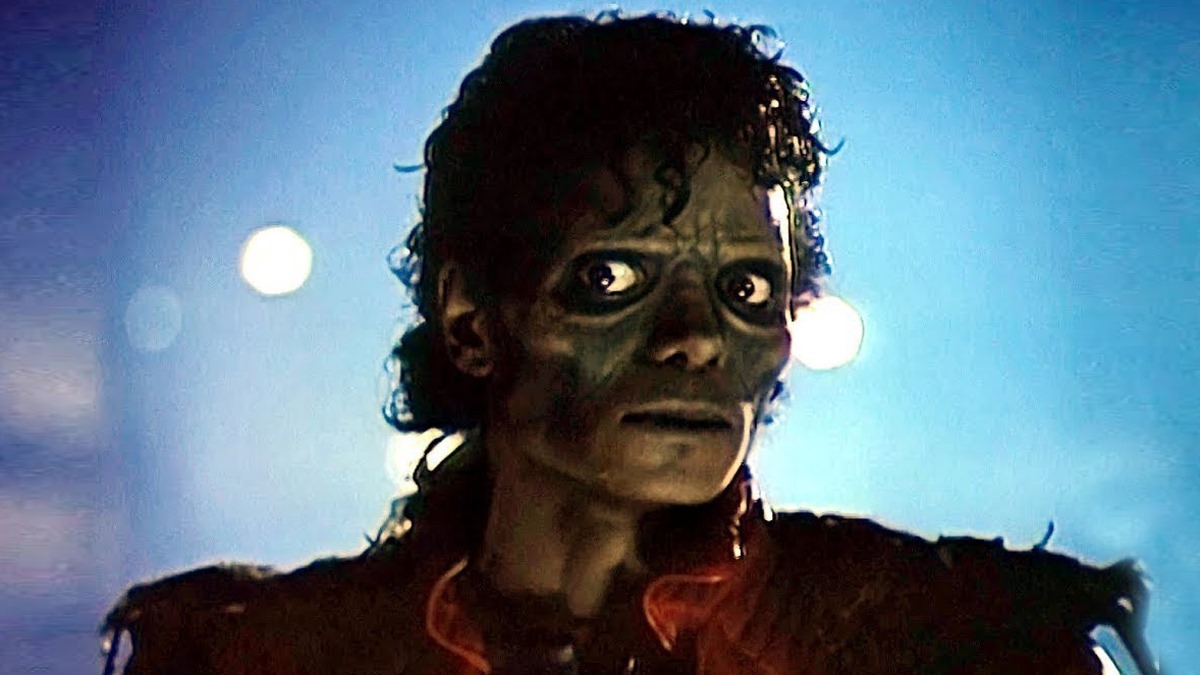 The nights are drawing in and in just over a week the ghosts and ghouls will come out to play as Halloween arrives. Whilst there are few songs specifically released to celebrate this spooky day, there are certainly a whole list that lend themselves to the scary theme of monsters, ghosts and magic!

I’ve put together a list of the Top 10 Ultimate Halloween Playlist must-haves plus delved a bit deeper into the crypt to find those more recent and rare gems.

It’s the mother of all Halloween songs and has one of the most expensive videos of all-time to accompany it. Michael Jackson transformed from the boy next door to a werewolf and then a zombie in this epic short story video with iconic choreography. It’s worth mentioning that Michael also created another horror short when he starred in the film Ghosts in 1996 with a couple of tracks on there (Ghosts and Is It Scary) that would also fit nicely on any Halloween playlist.

Throwing things back to 1962 and this novelty track was released by Bobby Pickett who had developed a rather good Boris Karloff impersonation. Boris, of course, is a famous horror actor from the 1930s known for playing Frankenstein’s Monster amongst others. Monster Mash topped the US Billboard Chart just before Halloween in 1962 and has become a perennial favourite ever since.

Staying in the 60s, we have the country and roots sounds of Creedance Clearwater Revival and their cautionary tale about staying in when the bad moon is on the rise. It topped the UK charts in 1969 but became famous again in the 1980s when it was used in the horror flick An American Werewolf in London.

If there’s something strange in your neighbourhood, who you gonna call? That’s right, it’s the theme from Ghostbusters, the classic 1984 film with the giant Stay Puff Marshmallow Man and lovable ghost Slimer. Please can we all take a minute to remember when Jedward performed this on their season of X Factor.

Rockwell is the son of Motown CEO Berry Gordy, but was actually estranged from his father at the time of making this song. Could it therefore have been the unmistakable vocals from Michael Jackson in the chorus that persuaded Berry to released the track on his Motown label? In 2006, The Beatfreakz updated the track to make it more dance focused, either version works for me!

Taken from the Sci-Fi film Highlander, It’s a Kind of Magic is classic Queen and gave the band another Top 3 hit in the UK back in 1986. This upbeat, mythical number was penned by the band’s drummer Roger Taylor.

Australian rockers AC/DC took us on a devilish road trip in 1979 with the guitar driven Highway to Hell. It didn’t set the UK singles chart alive on release, peaking at 56 upon release in 1979, but shot to no.4 in December 2013 aided by a Facebook group campaign to get the Christmas No.1.

Two tone band The Specials delivered the eerie and insanely catchy Ghost Town in the summer of 1981 and it spent three weeks atop the UK Charts. Nothing to do with spooky goings on, but more a statement about social unrest at the time with high unemployment, violence and deindustrialisation in the UK. Let’s not dwell on that, but just dance like a loon as we sing along to the ‘yah la la la’ bit.

The legendary Stevie Wonder’s funky classic Superstition has become something of a Halloween fave dealing with the irrational beliefs such as seven years of bad luck when you break a mirror. It just missed out on the UK Top 10 in 1973 peaking at Number 11 but was a US chart topper.

Operatic rocker Mr Loaf’s signature song from the album of the same name was released in 1979 and peaked at Number 8 on the UK chart. With bats and vampires being synonymous with Halloween, this track completes our Ultimate Halloween Playlist must-have list.

Top Halloween Songs of the Millennium

Well as you can see from the list above, the most modern of these classics was released in 1986. So where are the modern day Halloween tracks? Let’s light a candle, say an incantation and see what we can unearth.

Steps made a big statement with this comeback track in 2017. Opening with strings, it instantly updated their sound whilst still managing to sound instantly like a Steps classic. We all know Halloween can be a scary time, but with this banger in your headphones, you’ll never be scared of the dark.

One of the biggest songs of 2019 and introducing the world to the lopsided haircut, Sweet but Psycho is the perfect pop song for your Halloween playlists, I mean it opens with a scream – what more do you want?!

Rihanna shows her darker side in her 2008 bop Disturbia a bonus track that was added to a repack of her mega selling album Good Girl Gone Bad. The video sees Riri deal with claustrophobia, spiders and a wicked dance routine.

Of course Halloween isn’t all about spooky stuff, there is a lighter side to it and Little Mix served up a treat in the lead single from their third studio album, Get Weird. The accompanying video saw the girls going all American high school with their homage to cult 90s film The Craft.

Latin superstar Shakira proved those hips certainly don’t lie when she released the brilliant She Wolf in 2009. She was starting to feel a little abused like a coffee machine in an office and had to let out her inner She Wolf and go and get her a real man. Shakira also recorded this track in Spanish simply called Loba.

From the 2019 animated update of The Addams Family franchise, Xtina is at her Back to Basics best with a retro feel to this slinky, sinister number.

What’s that coming over the hill? Is it a Monster? That’s what The Automatic asked in this quirky guitar track that got us all chanting along to the chorus in 2006. Lyrically the song deals with addiction and intoxication and the monsters we become.

Melanie C covered Bow Wow Wow classic I Want Candy for a film soundtrack back in 2009 and did a brilliant job with this energetic bop. If Halloween is about one thing (for kids anyway) it’s trick or treating and collecting sweets and chocs.

Taken from Gaga’s The Fame Monster mini album, Teeth is perhaps not the most obvious Halloween song but works for me. It’s not the only song on that mini album that could work for Halloween with a song simply called Monster, but Teeth feels more creepy to me. Fangs Mother Monster!

Ok so it’s a guilty pleasure but I couldn’t not include 2001’s Bump in the Night from S Club wannabes Allstars. It was obviously an attempt to have a hit for Halloween and managed to peak at Number 12 on the UK charts. The band featured Ashley Taylor-Dawson of Hollyoaks fame.

Listen to all of the above songs and more Halloweeny tracks on the playlist below: