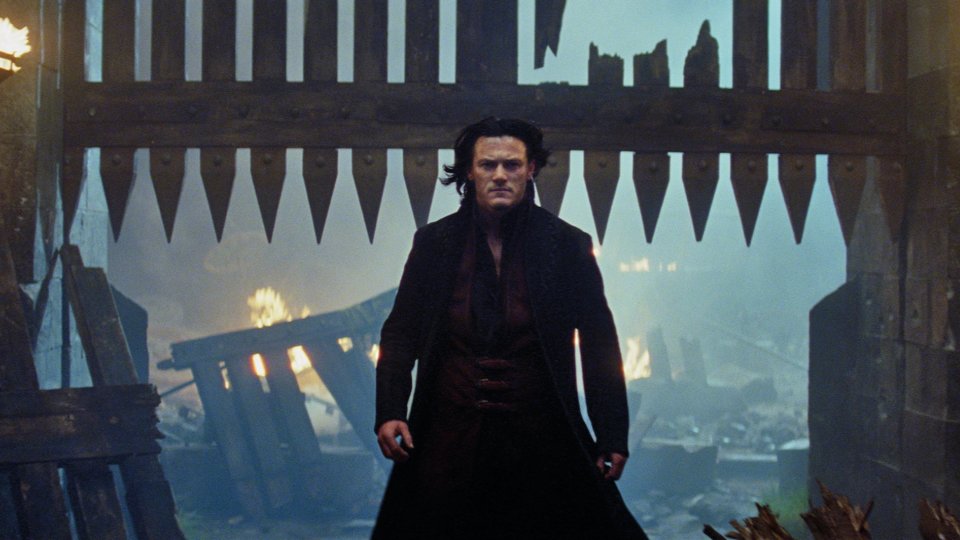 After an advancing Turk army threatens the very freedom of his entire kingdom, Vlad Tepes (Luke Evans) seeks out the means to challenge them. He travels to the dark and inhospitable mountains where he stumbles upon an age-old demon (Charles Dance) who offers him a damning ‘gift’. Vlad uses his new supernatural powers to fight the Turks but at what cost to his cursed soul?

Dracula Untold is a superb blockbuster that manages to hit every one of its marks. In the very capable hands of director Gary Shore, Dracula Untold looks gorgeous throughout. A beautiful marriage of striking environments and amazing effects join the stark and scary atmosphere that blankets the entire film to create something very memorable. Every single element of the movie works to create a story that’s compelling, original, adventurous and thoroughly captivating.

Luke Evans is a very charismatic Dracula and his struggle to find peace is excellently played out in the movie. His duality as a responsible prince and as a deadly soldier is where the film finds its biggest strength. Evans is easily believable as both a seeker of peace and a harbinger of devastation and he leads the line exceptionally well. He has always been brilliant in all of his projects but now Dracula Untold finally gives Luke Evans a real ‘leading man’ status – something he certainly warrants.

The supporting cast are all excellent too with Sarah Gadon doing a great job providing the films core emotional conflict. It’s her relationship with Vlad that peaks your interest and it’s their relationship that makes all of this work so well. Game of Thrones’ Art Parkinson also plays his part as Vlad and Mirena’s young son.

Dominic Cooper can play a bad guy in his sleep and he gives Mehmed all the traits needed to become the perfect boo-hiss villain. Channelling a bit of his role in The Devil’s Double also helps. Charles Dance is truly frightening as an age-old demon dwelling in the mountains and adds a nice sprinkling of thespian quality to a magnetic scene between him and Evans in a cave. Paul Kaye is also good as a monk who sees what Vlad has become.

The effects are amazing and really sell the premise. Yes, this is effects-laden but it all works very well with the story, which is of paramount importance. Every effect stems from a plausible plot point – be it his vision (that literally maps out the blood of a creature), his increased strength or his speed (excellently conveyed as him morphing into a colony of bats).

After a few failed attempts at resurrecting their horror markers over the years (Van Helsing for instance), Universal have recently done very well with The Wolfman (the inexplicably maligned but actually awesome horror starring Benicio Del Toro and Emily Blunt) and now Dracula Untold. Both films easily stand up as solid contemporary markers for their respective characters and deserve some respect. Universal have finally given us a modern Dracula film that entertains and does the iconic legacy real justice.

Dracula Untold is a lot of fun and is certainly the best Dracula film we’ve had in decades. With a collective cast all doing stellar work, striking special effects and an involving  story, this sets up the legacy of Dracula very well and offers something suitably different. Hopefully we’ll get a sequel as there is plenty more to explore with these iterations. For now, Dracula Untold is a solid and very entertaining horror blockbuster that demands your attention.