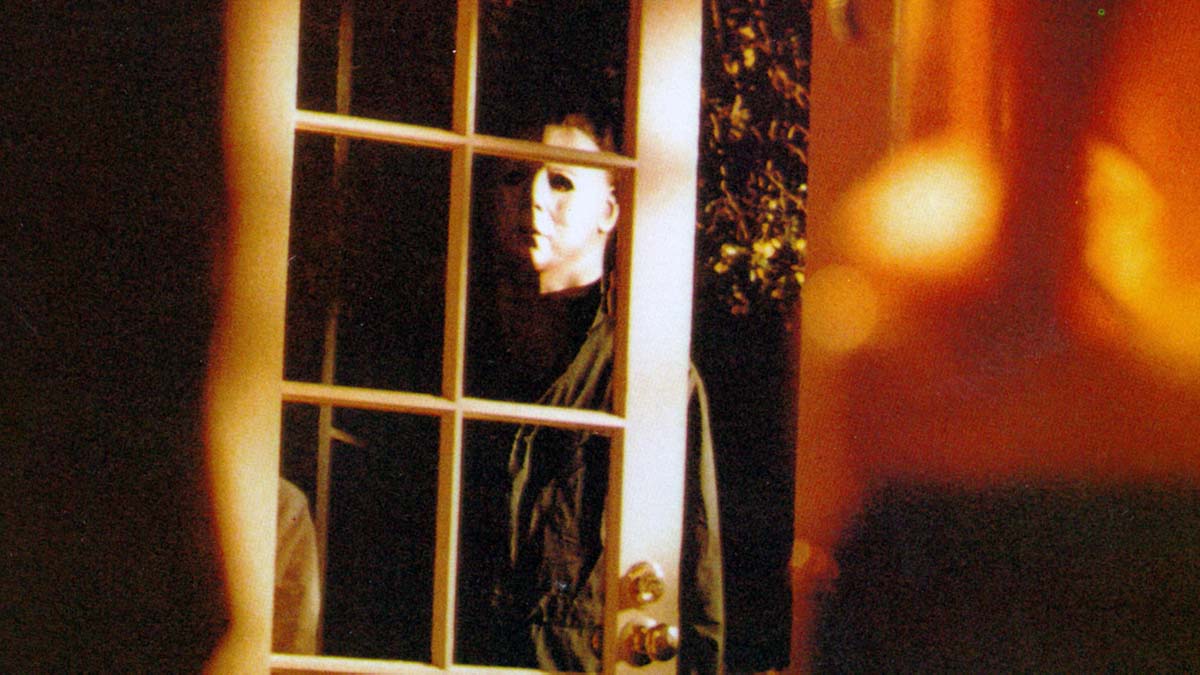 With Halloween just around the corner, why not take a visit to the world of classic horror with our beginners guide to the top ten horrors movies to get you started in the world of blood, guts and monsters!

In no particular order, they are…

Jack Nicholson is widely regarded as one of the best actors of the 20th century with his portrayals in films such as ‘The Departed’, ‘One Flew Over The Cuckoo’s Nest’ and ‘Anger Management’ however some of his early work was his finest. His character Jack Torrance in the Stanley Kubrick directed ‘The Shining’ brings an intensity that not many have matched since. The plot of the film is simple. Torrance takes on the job of a winter caretaker in a large isolated hotel in the mountains as an attempt to cure his writers block he has encountered in his day job as an author but what starts as a simple job develops into layers of flashbacks, trauma and downward spirals for our main character Jack. With a fantastic supporting cast of Shelley Duvall (who it was rumoured that Kubrick mentally abused in an attempt to prepare her for her role as the terrified wife) and Danny Lloyd, the pairs young son, The Shining is a classic for good reason. Get your popcorn ready and settle in for an unsettling ride.

When a charming twelve year old girl takes on the characteristics and voices of others, doctors say there is nothing they can do to help her. However as people begin to die, the girl’s mother realises her daughter has been possessed by the devil and that her daughter’s only possible hope lies with two priests and the ancient rite of demonic exorcism. William Friedkin’s masterpiece remains at the top of the list for a lot of horror fans as one of the most chilling films ever made. Although the effects are dated, the premise of the film still stands the test of time with various creations of the exorcism genre trying to merely match the level of success he reached. One of the more interesting facts about this film is McCambridge, who voiced the demon, told Friedkin she would need to swallow raw eggs to make her voice mucusy, start smoking cigarettes again, and guzzle booze to get the languid, throaty croak necessary for the character. Authenticity at it’s finest. Prepare yourself for creepy voices, violence and controversial use of crucifixes (a bit too expletive to add here but watch for yourself…if you dare).

The second movie in George A Romero’s original zombie trilogy, ‘Dawn Of The Dead’ encompasses what Romero was known best for; slow shambling zombies and lots of blood and guts as well as detailed character relationships and his unique social commentary. When zombie hordes overtake the USA, four heroes take off in a helicopter to find refuge in a shopping centre in an attempt to survive the unknown viral outbreak sweeping the land. With his previous movie ‘Night Of The Living Dead’ (1967) being shot on a very low budget and really as an indulging adventure into the world of film for himself and his film making friends, Dawn had a much larger release amongst nationwide cinemas and it received praise throughout the horror community then and continues to up until this day. Some attendees did in fact leave the cinema feeling ill though back in the 70’s within the first ten minutes. Fun fact, Ken Foree plays S.W.A.T team member Peter who you may recognise as the Dad in 90’s Nickelodeon comedy series, ‘Keenan and Kel’.

Bruce Campbell stars as Ash Williams, the lovable goof in this fun flick that doesn’t take itself too seriously. Amongst the world of 80’s horror, this emerged itself years later as a cult classic. The filming takes place simply in one location; a log cabin. In said cabin, an evil book is stumbled upon by the group of teenagers who are staying there and by reading the pages out loud, they release an assortment of evil creatures who tease, torture and push our collection of characters further into the land of insanity with each scene. Expect to laugh, squirm and question what in the heck is even going on. If it’s your cup of tea there is also the follow up movies and also a more recent TV series called ‘Ash Vs The Evil Dead’. Groovy!

Children have been a long standing staple in a creepy horror film with titles such as ‘Rosemary’s Baby’, ‘Orphan’ and ‘The Ring’ adding fuel to the fire but one of the original creepy little ones is Damien Thorn, the young boy adopted from the hospital after his Mother died in childbirth by Robert Thorn who’s wife, Katherine Thorn is unaware of the child’s unfortunate bringing into this world. However, after having experienced a stillborn pregnancy herself prior to receiving Damien, she is happy to raise him in order to fulfil her desire of having children. What descends however throughout Damien’s upbringing is ever building chaos, evil and ruin amongst his families world. The final twenty minutes of this film alone deserve their own praise for being so well delivered as well as the chilling scene near the start where Damien’s first Nanny hangs herself from the roof at his Birthday party. Dark and brooding, this one is a great watch.

The oldest on this list but perhaps one of the most iconic horror characters in the genre, the 1931 version of ‘Dracula’, portrayed by Bela Lugosi is from the era of black and white films. Lugosi’s mysterious Count Dracula is often revered as the best of the bunch with various reenactments taking place since. After hypnotising a British soldier called Renfield into becoming his mindless slave, Dracula travels to London and takes up residence in an old castle. He then begins to wreak havoc, sucking the blood of young women and turning them into vampires but when he sets his sights on Mina, the daughter of a prominent doctor, vampire-hunter Van Helsing is enlisted to put a stop to the count’s never-ending bloodlust. Yes, it’s dated and grainy but if you want to indulge yourself in some original classic horror, this is a good start. If ‘Dracula’ makes you hungry for more, try ‘The Wolf Man’ and ‘Frankenstein’ from the same era.

It wouldn’t be a Halloween horror movie list without ‘Halloween’ would it? Starring Jamie Lee Curtis as Laurie Strode and Donald Pleasance as Dr Sam Loomis, the ‘Halloween’ series is still continuing to this day with various sequels appearing throughout the years. The film that began it all though is focused on the masked maniac Michael Myers who has escaped from his prison sentence and headed back to his hometown Haddonfield, Illinois to claim his next victims (his first being his own seventeen year old sister who he killed at the young age of six). Again, although the film is relatively dated, director John Carpenter really set the precedence for the slasher genre with a mixture of suspense and cheesy violence. Get your halloween candy out and ask yourself if this is a trick or treat?

Keeping within the 1970’s horror icons is star (or villain depending on how you look at it) of ‘The Texas Chainsaw Massacre’, Leatherface. Donned with his signature chainsaw and his mask made of human flesh, Leatherface is one of the ultimate characters of horror movies. The movie gets off to an unnerving start with Sally Hardesty, her paraplegic brother Franklin, and their friends, Jerry, Kirk, and Pam, picking up a hitchhiker on a road trip to an old family homestead and darkens throughout with different characters facing untimely deaths at the hands of the disturbed Leatherface. Originally billed as a true story, the movie was first released in Austin, Texas and attracted broad attention under that label with the final scenes still considered to be stuff of nightmares by horror fans worldwide.

One, two, Freddy’s coming for you. Three, four, better lock your door. Five, six, grab your crucifix. Seven, eight, gonna stay up late. Nine, ten, never sleep again. The song that was on repeat in the heads of the horror film fans of 1984. On Elm Street, teenager Nancy Thompson must uncover the dark truth concealed by her parents after she and her friends become targets of the spirit of a serial killer with a bladed glove in their dreams, in which if they die, it kills them in real life. Yes, the concept is outrageous and ridiculous but so was a lot of classic horror. And yes, it still creeped a lot of people out back in the day and made some people lose sleep too. Freddy Krueger is perhaps one of the most recognisable killers in a horror movie, just try not think about him as you drift off to at night…

Newleyweds, George and Kathy Lutz and their three children move into a large house where a mass murder was previously committed and start experiences strange happenings which have strong effects on everyone living in or visiting the house. Again, branded as a true story, the film is more of a slow burner and based on character development rather than downright disgusting gore. George’s menacing change of nature can be seen as a reaction to the stressful life situation he’s going through of moving into the new house whilst holding down a job and raising a family. James Brolin performs the role perfectly and manages to capture George’s emotions with authenticity. The on-location scenes of ‘The Amityville Horror’ were filmed at a private residence in Toms River, New Jersey, which had been converted to look like the 112 Ocean Avenue home after authorities in Amityville denied permission for filming on the actual location.

In this article:A Nightmare on Elm Street, Dawn of the Dea, Dracula, Featured, Halloween, Horror Films, The Amityville Horror, The Evil Dead, The Exorcist, The Omen, The Shining, The Texas Chainsaw Massacre