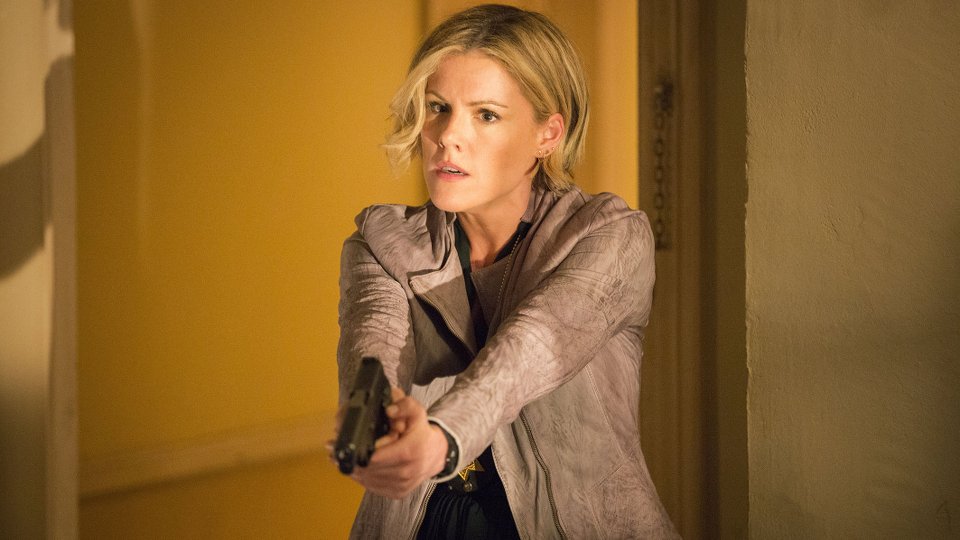 Gripping crime drama Murder In The First continues tonight with the third instalment of its first season.

The latest episode of the show saw Cindy’s (Brianne Davis) death ruled as a homicide and it was revealed that she had oral sex with a man within an hour before her demise. Hildy (Kathleen Robertson) and Terry (Taye Diggs) questioned Cindy’s ex-husband and the pilot who discovered her body. They both concluded that Erich Blunt (Tom Felton) was involved but they couldn’t figure out the link between Cindy’s death and that of Erich’s father.

To obtain a DNA sample from Erich, Hildy went on a date with him where she kissed him to get what she needed whilst he remained completely unaware.

The next episode of the season is Who’s Your Daddy. While the inspectors search for clues linking suspects to Cindy’s death, Hildy is confronted by a young witness from a past investigation who needs her help.

Tune in to FOX HD tonight at 10pm to see the episode. Preview it with our gallery below: