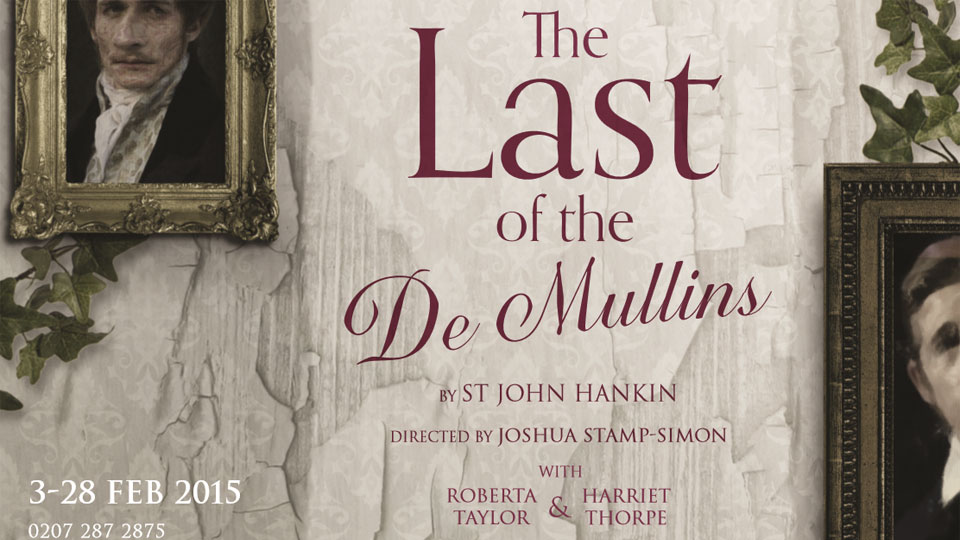 Alexandra Dowling, Charlotte Powell, Roberta Taylor and Harriet Thorpe will be starring in London’s first professional production of St John Hankin’s The Last of the De Mullins for over a century. Directed by Joshua Stamp-Simon, the production will open at Jermyn Street Theatre on Thursday 5th February for a limited season, previewing from 3rd February and ending on 28th February.

Alexandra Dowling, who plays Bertha, can currently be seen on BBC 1 as Queen Anne in The Musketeers. Charlotte Powell (Janet De Mullin) was Harriet Goodcharm in ITV’s The Worst Witch. Roberta Taylor (Mrs De Mullin) is best known for her roles as Inspector Gina Gold in six series of The Bill and Irene Hills in EastEnders. Harriet Thorpe, whose many television roles include Carole in Brittas Empireand Fleur in Absolutely Fabulous, and whose recent West End credits include Great Britain, Wicked, Rufus Norris’s production ofCabaret, Crazy for You and MAMMA MIA!, plays Mrs Clouston.

It is 1908. Society is changing, and the De Mullin family is being left behind. Once noble and prosperous, they have been in decline for centuries, and now the very continuation of their line is at risk: of the two De Mullin daughters, one is fast becoming a spinster, and the other is a disgrace to her family and hasn’t been seen for almost a decade. Eight years ago, Janet – headstrong, free-spirited and unwed – became pregnant. Instead of revealing the identity of the child’s father to her family, she escaped to London. Now she is back, and refuses to be the abashed fallen woman her family wants her to be. Still, perhaps there is hope – could a reformed Janet possibly be re-integrated into the family, her son adopted and the De Mullin line saved? The Last of the De Mullins is a sparkling feminist comedy-drama by dramatist St John Hankin. Startlingly modern in its outlook, its satire on class and patriarchy remain as important and topical as ever. Hailed by George Bernard Shaw as a ‘most gifted writer of high comedy’, St John Hankin, also a Times theatre critic, has been described as the comic bridge between Wilde and Coward.

The Last of the De Mullins will be designed by Victoria Johnstone and produced by Stephen McGill and Joel Marvin in association with Jermyn Street Theatre.

In this article:Alexandra Dowling, Jermyn Street Theatre, The Last of the De Mullins