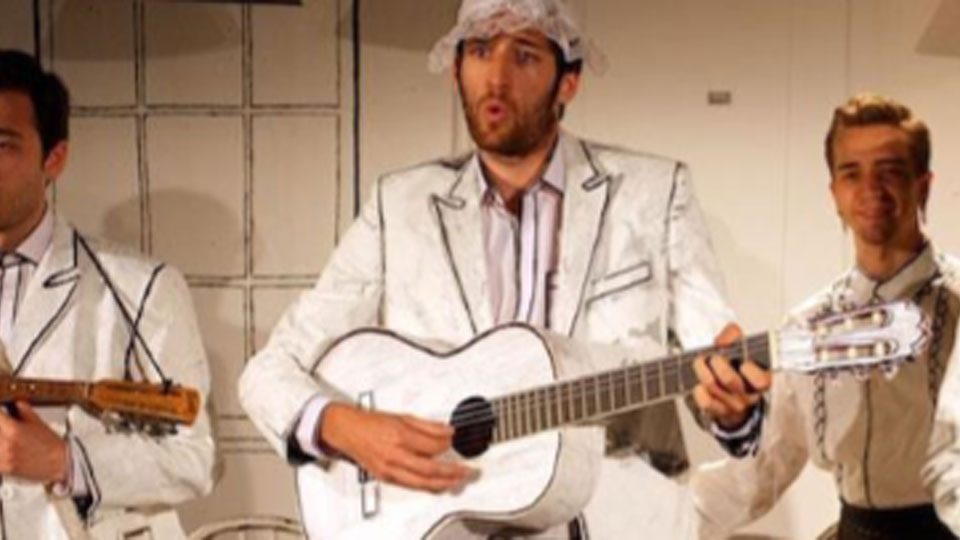 The Diary of a Nobody plays at the King’s Head Theatre in Islington between Tuesday 20th January – Saturday 14th February 2015.

Rough Haired Pointer present The Diary of a Nobody following their critically-acclaimed world premiere of Joe Orton’s Fred & Madge. Evelyn Waugh called The Diary of a Nobody by George and Weedon Grossmith ‘the funniest book in the world’ and now, following a sell-out success last summer, this fast-moving theatrical spectacular returns as the first show of the King’s Head Theatre season.

With four actors playing forty-five characters, a much-bashed-about front door, a human postbox and some living lamp shades, this heart-warming, hysterical production celebrates the joys and frustrations of everyday life. Much of the humour derives from Pooter’s unconscious and unwarranted sense of his own importance and the frequency with which his life is punctured by gaffes and social humiliations. You may laugh at Pooter but isn’t he really just a bit like you?! g The comic Victorian novel receives a riotous post-modern makeover with hilarious results from a crack cast of four (The Stage). g The Diary of a Nobody is a much-loved and profoundly tender novel. It originated in Punch magazine in 1888–89 and as a book in 1892. The Diary records the daily events in the life of Pooter and his family and friends over a period of 15 months. Their daily routines were instantly recognised by contemporary readers and are still very familiar to us today.

For this production, Rough Haired Pointer will pay all of its actors the London living wage – this is in line with the King’s Head Theatre agreement with the performers’ union Equity.

For more details and to book, please visit: http://kingsheadtheatre.com/.

In this article:King's Head Theatre, Rough Haired Pointer, The Diary of a Nobody