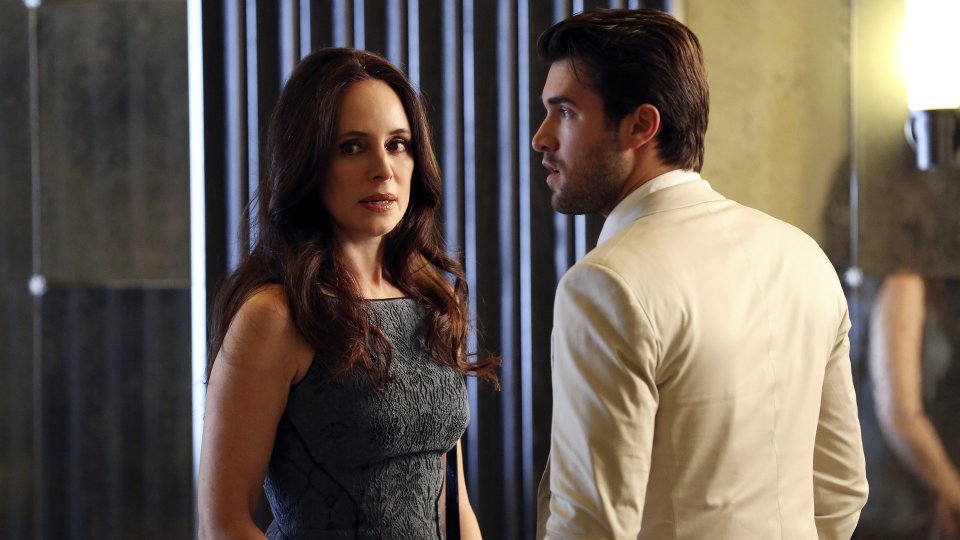 Lies and deceit were the name of the game as usual in the latest episode of Revenge’s fourth season.

Margaux (Karine Vanasse) took down her brother Gideon (Daniel Zovatto) ousting him from the LeMarchal company with a little help from Daniel (Josh Bowman). Victoria (Madeleine Stowe) took her manipulation of David (James Tupper) to new levels by telling him that Emily Thorne (Emily VanCamp) was a threat to them and leaving out that Emily is really his daughter Amanda.

Elsewhere Emily decided to tell Charlotte (Christa B. Allen) who she really is after her younger sister almost took her own life. Charlotte reacted badly to the news unable to forgive Emily for choosing revenge over family concocted a plan that resulted in knocking Emily out and leaving her to die as fire raged through The Stowaway.

The next episode of the season is Ashes. Emily’s life is on the line as Victoria orchestrates a family reunion with deadly potential. Could a random encounter spell the start of better fortune for Daniel?