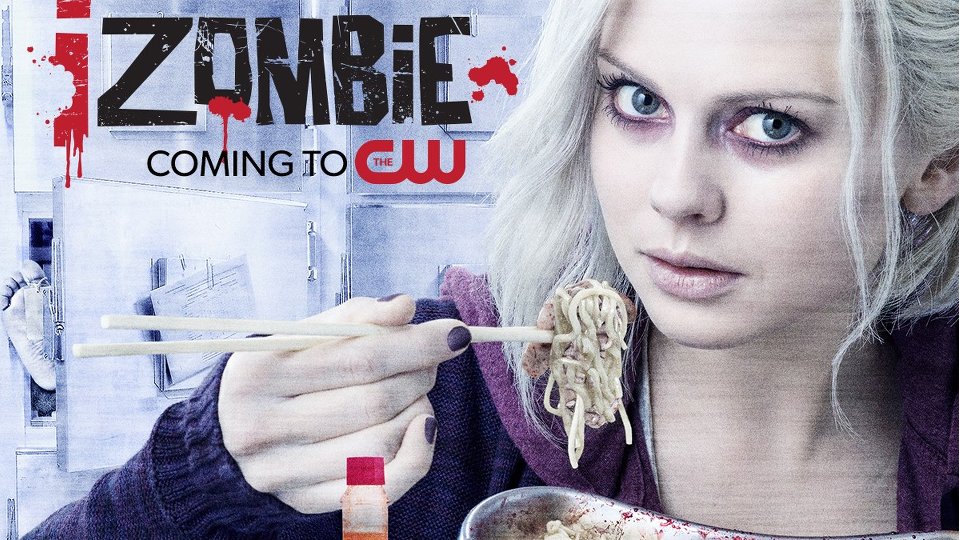 First-look footage has been released by The CW for its upcoming show iZombie.

From the brains behind Veronica Mars, iZombie stars Rose McIver (Once Upon a Time, Masters of Sex) as Olivia ‘Liv’ Moore as a medical student who becomes a zombie. She joins a Coroner’s Office in order to gain access to the brains she must reluctantly eat so that she can maintain her humanity but every brain she eats, she also inherits their memories and must now solve their deaths with help from the Medical examiner and a police detective.

The show also stars Robert Buckley, Malcolm Goodwin, David Anders and Rahul Kohli. The series was developed from the DC Comics of the same name by Rob Thomas and Diane Ruggiero.

iZombie is set to premiere on The CW on 17th March 2015 in the US. A UK transmission for the show hasn’t been confirmed yet.

Check out the first look footage from iZombie below. Will you be tuning in?