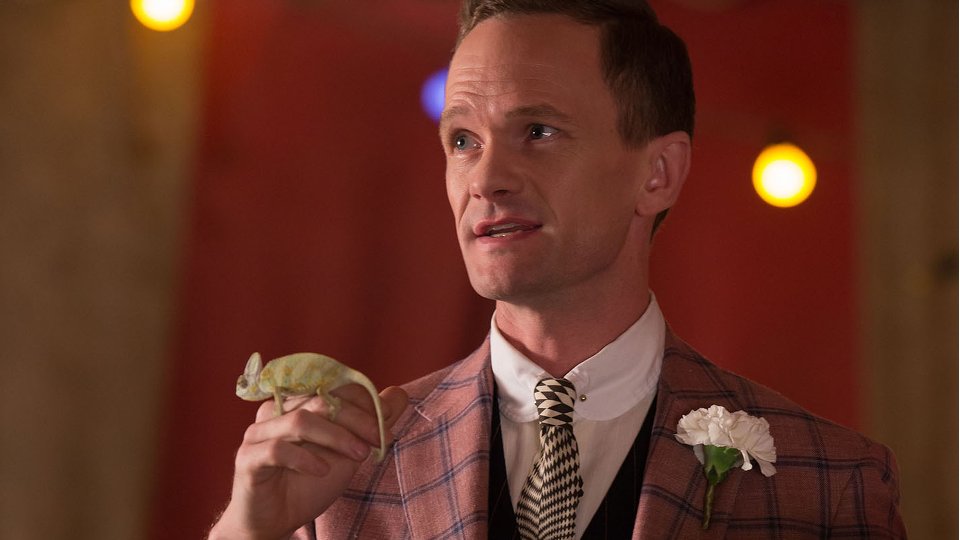 American Horror Story: Freak Show returns from it’s winter hiatus in the UK next week and Neil Patrick Harris is making his debut on the show.

The How I Met Your Mother star is playing traveling salesman Chester who dreams of performing magic. Could he be about to join the Freak Show?

In the latest episode of the season we learned all about Pepper (Naomi Grossman) who was left devastated when her companion Salty (Christopher Neiman) died in his sleep. The episode gave us a real insight into Pepper’s history and we saw how she ended up in Briarcliff after being blamed for the murder of her sister’s deformed baby. Dark stuff!

Sister Mary Eunice (Lily Rabe) popped up too to commit Pepper to Briarcliff. Elsewhere in the episode Desiree (Angela Bassett) told Maggie (Emma Roberts) that she knew she was a fake causing Maggie to take her to the museum where Desiree saw some of her fellow freaks on display. Were those really Jimmy’s (Evan Peters) hands?

The next episode of the season is Magical Thinking. Elsa prepares for her move to Hollywood. The Twins grow enamoured with a traveling salesman. Dell plots Jimmy’s escape from police custody.