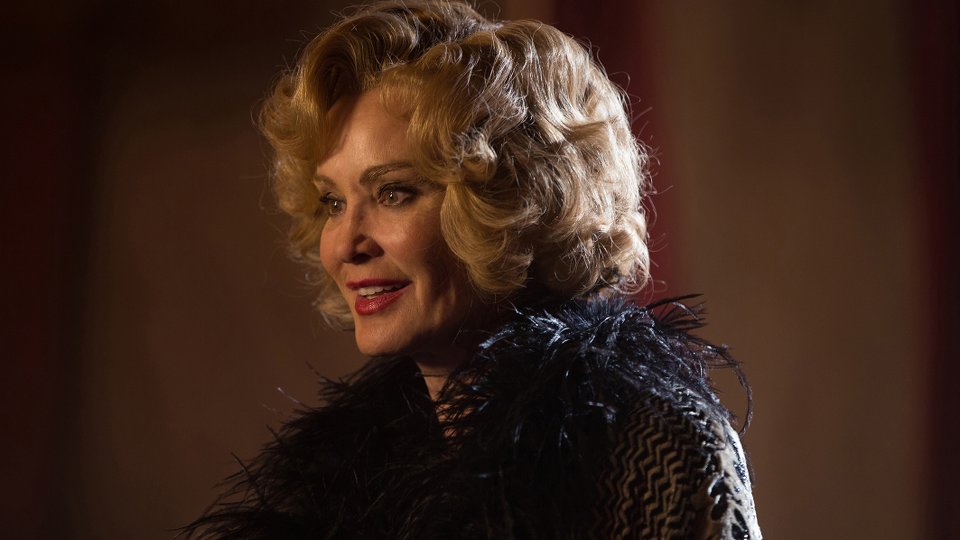 American Horror Story: Freak Show delivered it’s most horrific episode to date this week with the penultimate episode of the season.

The body count rose higher as Chester (Neil Patrick Harris) took over the Freak Show and accidentally killed Maggie (Emma Roberts) during a magic trick. The Freaks banded together to exact revenge on Stanley (Denis O’Hare) after learning about his betrayal leaving him alive but severely disabled after amputating all of his limbs. They turned their attention to killing Elsa (Jessica Lange) too but she was warned by Bette and Dot (Sarah Paulson) and managed to flee.

Before Elsa left she sold the Freak Show to Dandy (Finn Wittrock) after Chester’s accident caused him to go mad and turn himself into the police for killing his dummy Marjorie (Jamie Brewer). Jimmy (Evan Peters) was given new lobster hands following Stanley’s betrayal.

The season finale is Curtain Call. The Freaks rebel against new management as Dandy prepares for his debut performance. Elsa arrives in Tinseltown.