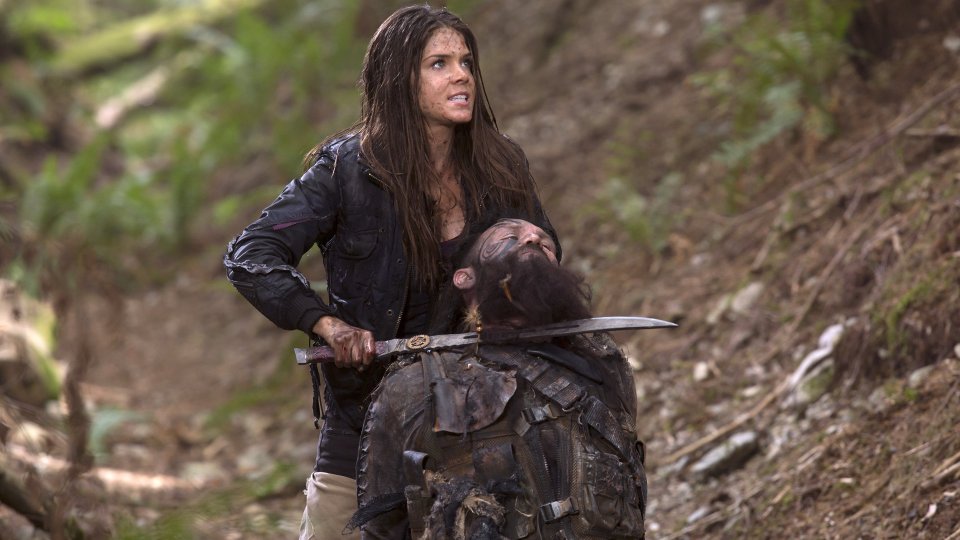 The 100 arrived with a bang last night in the UK as it kicked off its eagerly-awaited second season.

The episode pricked up right where season 1 left off with Clarke (Eliza Taylor) and some of her people waking to find themselves in some kind of facility. After battling her way out of her cell, Clarke took a hostage and discovered that she was in an underground place called Mount Weather which is home to a large number of survivors.

Clarke clashed with President Wallace (Raymond J. Barry) and after a second failed attempt to escape she decided to go along with things whilst she plotted her escape. Is she right to mistrust the people of Mount Weather?

Elsewhere Lincoln (Ricky Whittle) tried to save Octavia (Marie Avgeropoulos) by taking her to his village after she started hallucinating from her arrow wound, and Finn (Thomas McDonell) and Bellamy (Bob Morley) found out that Kane (Henry Ian Cuisick) and Abby (Paige Turco) had made it to Earth from The Ark. The episode ended with Jaha (Isaiah Washington) still on The Ark and ready to end his life until he heard a baby’s cry.

The next episode of the season is Inclement Weather. A suspicious Clarke confronts President Wallace and demands answers, Abby performs emergency surgery and Octavia resorts to violence to find Lincoln.