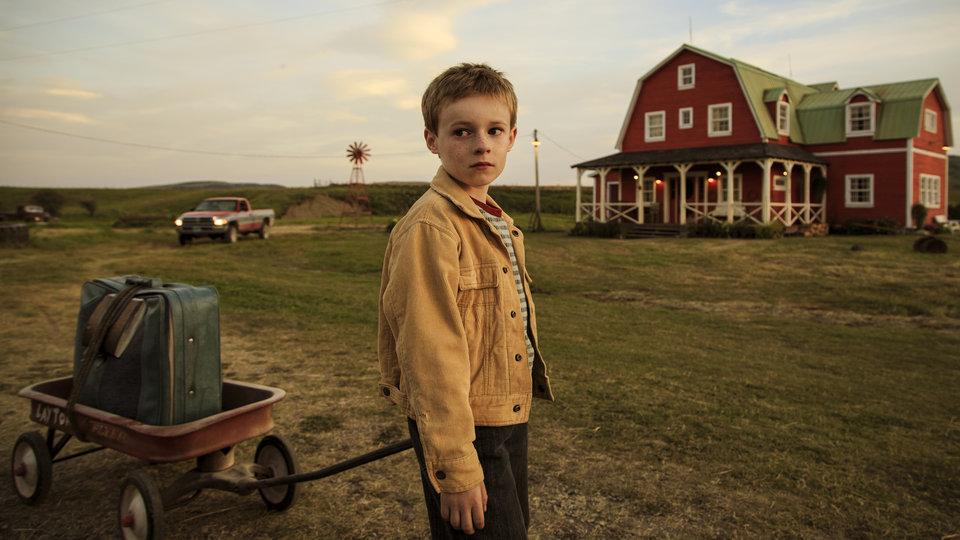 Young T.S. Spivet (Kyle Catlett) is a ten-year old boy with big ideas. When one of his inventions gains critical praise from the Smithsonian Institute, T.S begins a cross-country trip to pick up his award and faces some amazing adventures along the way.

Amelie’s Jean-Pierre Jeunet writes and directs this beautiful big-screen adaptation of Reif Larsen’s novel. Wrapped in warm sentiment and utilising a wonderfully immersive visual style akin to Amelie and forgotten TV gem Pushing Daisies, T.S. Spivet is a truly brilliant comedy/drama. Jeunet approaches the film in a unique way and crafts an ode to Americana that only a non-native could produce. Similar to Michel Hazanavicius and his wonderful homage to the golden age of Hollywood; The Artist, The Young and Prodigious T.S Spivet cultivates a treasured visual story that harks back to a simpler time.

An unforgettable début from the amazing Kyle Catlett gives T.S. Spivet its strongest hand. Even at such a young age, Catlett completely hooks you in and never over-sentimentalises the story. That’s some feat –especially given some of the film’s more emotional strands. He has a great chemistry with the entire cast too – his exchanges with big sister Niamh Wilson are particularly hilarious.

The supporting cast are all superb with Helena Bonham Carter the perfect mix of kooky and brilliant as T.S’s mother. Former Due South alumni Callum Keith Rennie hands in a textured portrayal as T.S Spivet’s father and steals all of his scenes. His yearning to have been born 100 years earlier (as a cowboy) is wonderfully realised with his performance – a man out of sorts with his surroundings but completely committed to his family.

The success of the film lies with its heart. This is a story about family and ambition, hope and optimism. Throw in some gorgeous scenery and a collective cast of amazing talent and you have a rare gem that delights throughout. My only reservation is that there is some pretty colourful language towards the end of the film (by Judy Davis’ character). The oddest thing is that it just doesn’t match up with the films tone at all. But it’s a minor gripe and shouldn’t deter you from an otherwise excellent family-centred drama.