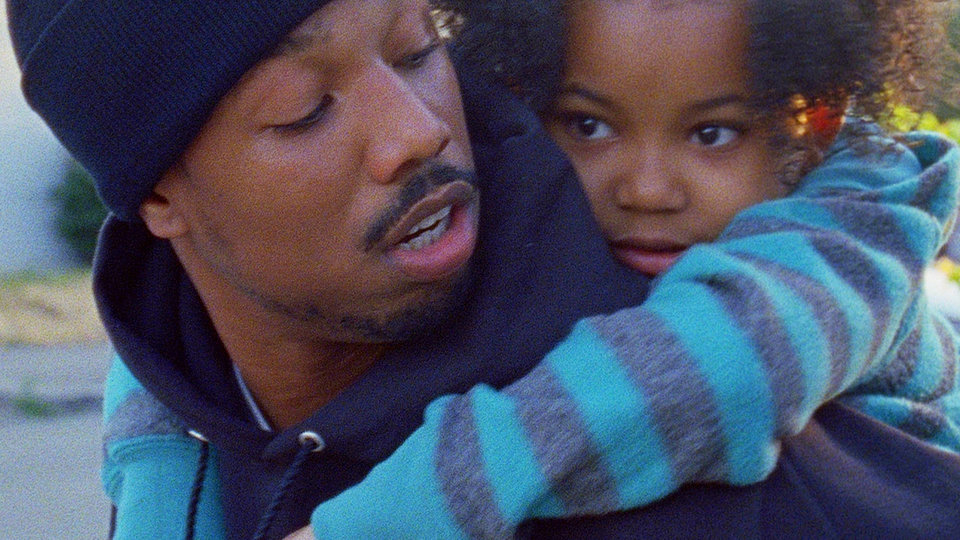 Oscar Grant III is a 22-year-old young man hailing from California. We join him as he navigates the course of a day on Dec 31st 2008. He and his girlfriend have a young daughter who he is struggling to support, with Oscar close to losing his job at the local supermarket. Having been in prison when he was younger, Oscar has vowed to turn his life around but events transpire against him, culminating in a devastating confrontation with the Police on New Year’s Day at Fruitvale train station in Oakland.

This powerful drama based on real-life events is both emotional and heartfelt. Ryan Coogler writes and directs a sensational Michael B. Jordan in an early contender for film of the year. The drama and tension is masterfully handled with real mobile-phone footage used at the start for authenticity. But there is real doubt as to how much artistic licence Coogler has taken with the rest of the source material.

With all films based on true life events, there is a level of artistic licence that is needed to make a story into a workable film. Movies like Rush and Mandela have adopted similar approaches to tell their stories and that’s fine. But a subject-matter like Fruitvale Station demands less licence and more fact. There are moments in the film that the director has admitted he included that didn’t actually happen. These scenes all illustrate what a great guy Oscar is. He may very well have been a great guy but these manufactured scenes take away a key essence of the film. The facts of this tragic story speak volumes about the injustice and racial prejudice that greeted Oscar Grant that night, without the need to manufacture any extra circumstance or tragedy.

Regardless of this issue, Fruitvale Station is still a very well made film with Michael B. Jordan handing in an unmissable lead performance. Jordan is certainly going to be the next big thing. Having made a name in TV shows like The Wire and Friday Night Lights, Jordan made an effortless jump to cinema. He was excellent in Chronicle, was easily the best performer in That Awkward Moment and we’ll soon see him turn heads as Apollo Creed’s grandson in Rocky spin-off Creed. Add in a role as Johnny Storm in the reboot of Marvel’s The Fantastic Four and his stock is on a meteoric rise. Fruitvale Station gives Jordan a wonderful opportunity to showcase his natural talent in front of the lens. He has bags of charisma, presence and stature, delivering an Academy Award worthy turn that is sensational.

Fruitvale Station should not be missed. The story is tragic and deserved to be told, with activists and campaigners very keen to get their version of events out to the greater public. There is no doubt that what happened that night was a devastating tragedy. Coogler has done a tremendous job in bringing all of this together to form a compelling story. There may be questions about the validity of certain scenes but nothing should take away from the fact that this is a captivating and heartbreaking story that deserves your time and attention.