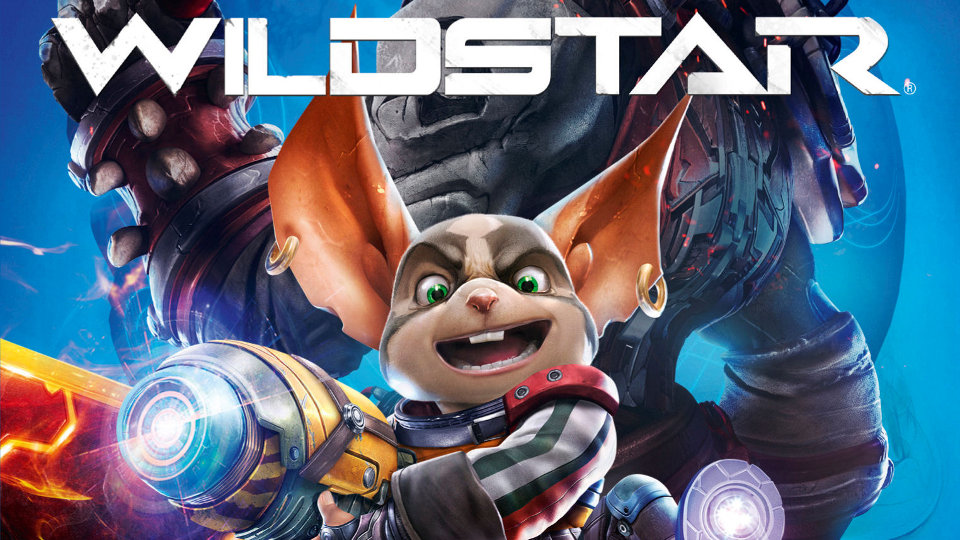 Since its launch in 2004 World of Warcraft (WoW) has remained the most dominant Massively Multiplayer Online (MMO) game. Plenty of games have tried to take the crown but most haven’t managed to come close. Of the MMO’s that have done well many started out as subscription-based but have since gone the way of free-to-play.

Now it’s the turn of Carbine Studios and NCSOFT with their new entry into the genre, Wildstar, which is a mix of sci-fi and fantasy. Like all MMO’s the game promises big things but it is hard to ignore them as Carbine was formed from 17 ex-Blizzard staff.

Wildstar has been in development for almost 10 years and just a few minutes with the game is enough to impress. The graphics, sound and animation are superb with a feeling of polish that most MMO’s fail to ever meet, never mind launch with.  The set of features here rivals the big MMO’s including WoW. In many ways it feels a lot like playing WoW did when it launched all those years ago – this is a good thing indeed.

The bulk of the game is set on the planet Nexus which was previously inhabited by a mysterious race known as the Eldan. Players must join one of two factions – the Exiles or the Dominion. Each faction has four races with Human, Granok, Aurin and Mordesh for the Exiles and Cassian, Mechari, Draken and Chua for the Dominion.

As you’d expect to get started you need to choose your faction, race and gender before customising your look. You can then choose a class from a selection of Warrior, Spellslinger, Esper, Engineer, Stalker and Medic. If you’ve played games such as WoW, Guild Wars 2 and Rift you’ll likely already have an idea of what class to go for. Wildstar features the classic tank, damage-dealer and healer setup but allows classes a large amount of freedom to play in the role they prefer.

In addition to your class you must also choose a path. These are designed to complement your style of play with a choice of Soldier, Scientist, Settler or Explorer. Soldiers spend a lot of time doing timed missions to kill stuff. Explorers go off looking for new hard to find locations which often involves platforming. Scientists gather knowledge and fix stuff while Settlers improve the environment for players creating things like buff stations and buildings or going off in search of supplies.

Wildstar is packed with such a huge variety of content that it’s initially completely overwhelming trying to keep up. What we eventually learnt is that you don’t have to do everything. You can if you want but there’s so much on offer you can just pick and choose what you’d like to do.

Most of your time while levelling your character towards the cap of 50 is spent doing quests. There’s a huge variety involving much of what you will have seen in other MMO’s. Fetching items, killing monsters, collecting things and escorting NPCs all feature. The game has plenty of help features such to point you in the right direction. Should you get stuck at any point we’ve found the Wildstar community to be very welcoming and an incredibly helpful bunch.

You can create a friends list to track players you want to keep in touch with. On top of that the game features a guild system and there is even a thing called circles that allows you to create groups of players. So you might have a guild who do things together and then a circle of friends to just go PvPing with.

The most unique feature of Wildstar is probably the combat which uses a telegraph system. This paints coloured areas on the ground to show you the types of abilities and effects. These come in all manner of shapes and sizes. Learning the different colours is essential to understand what is happening. You must line your attacks up in order to perform damage while keeping yourself mobile to avoid taking damage. It’s a wonderful system that we’re sure will be copied in other games.

Wildstar features 5-man dungeons much like you’d see in WoW. These can all be played on normal or veteran (level 50) difficulty. For an extra challenge you can tackle extra objectives while trying to blaze through as fast as possible. Doing so rewards you with Bronze, Silver or Gold based on your performance. In addition there is another type of 5-man content called Adventures that give players choices and are more story-based.

After hitting level 50 the game has plenty more challenges in store. The biggest of these are raids which come in 20 and 40-man flavours. These are insanely difficult but that’s because they also provide the best rewards. They also come with one of our favourite features – attunements. These are a series of prerequisites that must be met before you can take part. WoW used to have this feature and we were sad when they eventually removed it.

Wildstar has stacks more to keep you busy including Tradeskills, PvP, Lore and Player Housing. Tradeskills are split into gathering and crafting skills. Gathering features Mining, Relic Hunting and Survivalist (skinning). Crafting features Architect, Armorer, Outfitter, Tailor and Weaponsmith. It’s hard to go into massive detail about these here but there is definitely something for everyone. We loved the variety and particularly the experimentation element to crafting.

There’s an assortment of PvP activities available for players who enjoy it. Starting with Battlegrounds and level 6 players can fight it out on different maps. At level 30 players get access to Arenas fo 2v2, 3v3 and 5v5 matches. Then at level 50 is a feature called War Plots feature massive battles of 40v40. These are customisable battlegrounds controlled by each War Party. Further still at level 50 players can take part in ranked versions of these activities.

To really spoil us Carbine have even managed to squeeze in Player Housing. At level 14 you get access to your own Sky Plot. Here you can build and customise your own house and gardens.

For us Wildstar is easily the most impressive and entertaining MMO since World of Warcraft. It’s jam-packed with content and full of potential. If Carbine can continue to supply the game with regular content updates that they’ve got a hit on their hands. Any MMO fan will find plenty to enjoy in Wildstar and we don’t see it heading the way of free-to-play anytime soon.