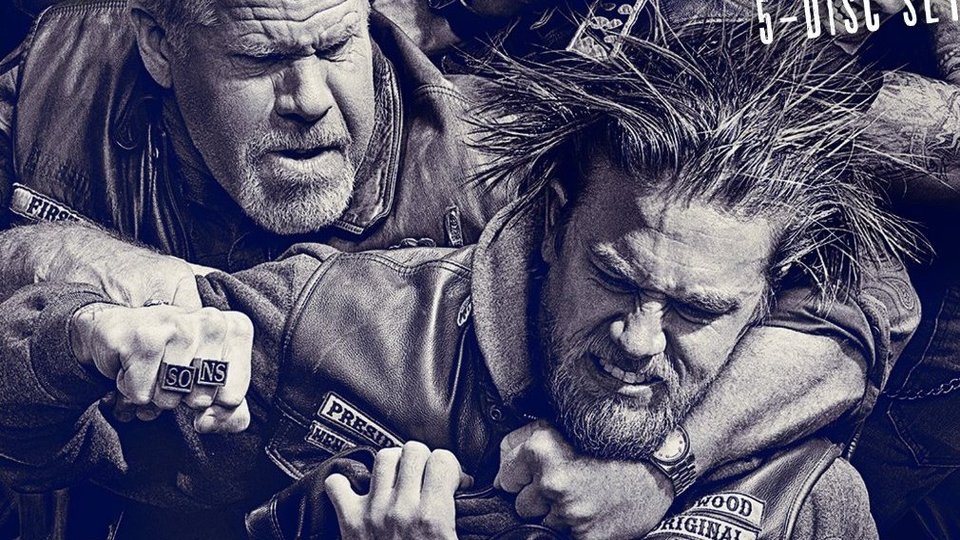 Return to the sinister and violent world of SAMCRO as Sons of Anarchy – Season 6 is released on Blu-ray & DVD from Twentieth Century Fox Home Entertainment (out now).

The hugely popular, critically acclaimed TV series Sons of Anarchy returns for a sixth season with 13 action-packed episodes featuring one of the most shocking finales in TV history.

The season opens with Clay (Ron Perlman: Hellboy, Drive) framed for the murder of Damon Pope (Harold Perrineau: Zero Dark Thirty, 28 Weeks Later).  Jax (Charlie Hunnam: Pacific Rim; Children of Men) has taken up leadership of the gang but his family life is suffering from his single-minded pursuit of John Teller’s vision. Jax must find a way to keep Tara (Maggie Siff: Funny People, Michael Clayton) from going to prison for conspiracy to commit murder while rebuilding his club and breaking from the cycle of violence and greed that ultimately led to his best friend’s death.

To be in with a chance of winning one of 3 Sons of Anarchy – Season 6 DVDs, just answer the question below.

In this article:Competition, Sons of Anarchy