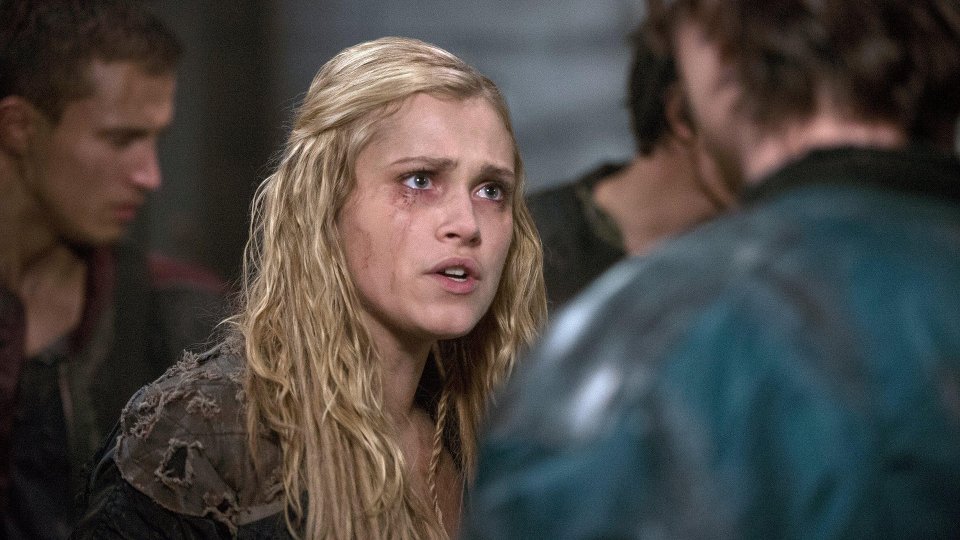 With only 4 episodes left of the first season of The 100, things are getting very tense.

The latest episode saw Finn (Thomas McDonnell) arrange a meeting between Clarke (Eliza Taylor) and the Grounders with disastrous consequences. Clarke told Bellamy (Bob Morley) what was going on and he of course crashed it with guns blazing stopping any truce from taking place. He also discovered that Octavia (Marie Avgeropoulos) was the one who let Lincoln (Ricky Whittle) go free.

Elsewhere chaos broke out on the Ark during Unity Day as Councilwoman Diana Sydney (Kate Vernon) exploded a bomb during the celebrations to distract everyone whilst she stole the dropship and headed to Earth. Her decision divided people on the Ark but she managed to get away only for the ship to crash as Clarke looked on horrified.

The next episode of the season is I Am Become Death. Murphy returns to camp claiming to have been captured and tortured by the Grounders. There’s a sudden outbreak of a terrifying and virulent illness.

Tune in to E4 on Monday to see the episode. Preview it with our gallery below: