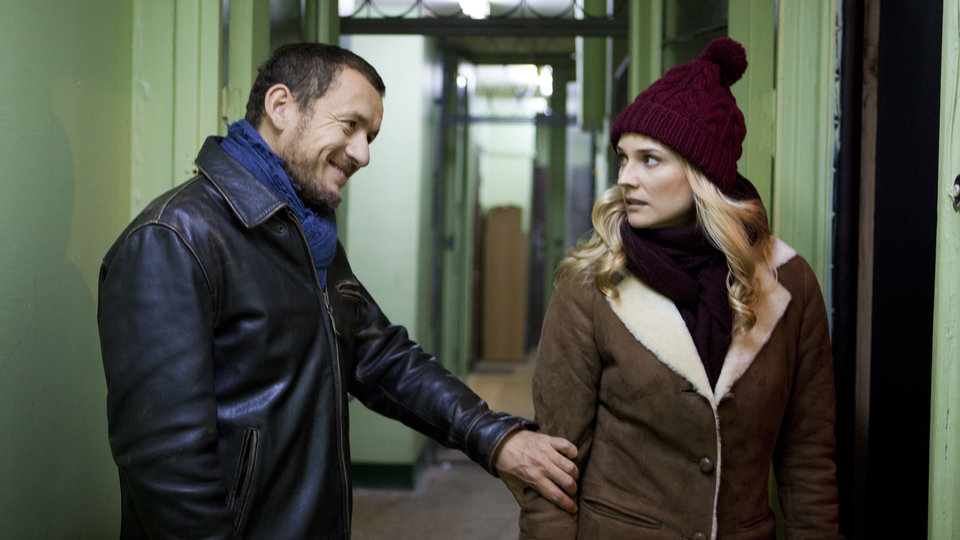 Isabelle (Diane Kruger) has been in a loving relationship for 10 years. But all of the women in her family live with a curse; their first marriages are always doomed to failure. But true love will be found with the second man they wed. Unfortunately, Isabelle thinks that she has found true love with her current beau – so she sets up a radical plan to wed a complete stranger and divorce him immediately so she can marriage her true love as her ‘second’ husband. But where will she find someone unsuitable enough to marry so quickly? Enter worldly traveller Jean-Yves (Dany Boon), a man who couldn’t be any more different to Isabelle’s tastes and who will take her on a memorable, crazy adventure.

A Perfect Plan sets itself up very well as a quirky, funny romantic comedy. But after about 30mins it takes a sharp dip and becomes clichéd, with a shift in tone that does nothing to endear you to the characters. For this genre to work well, you need characters to get behind and that’s A Perfect Plan’s fatal mistake.

So the start up is very good. The concept seems ok and just crazy enough to make for a genuinely original rom-com. Once the characters make it to Nairobi the film takes all logic off the table. This progressively gets worse as the movie goes along, ending in an unfathomable conclusion that leaves everyone unsatisfied.

The dip in enjoyment has nothing to do with the actors, who are all very good in their roles. The beautiful Diane Kruger makes for an appealing love interest, with Danny Boon playing an interesting, left-of-centre opposite. The films best moments involve Kruger’s extended family at the dinner table, recounting this bizarre story to her sister’s boss.  The dialogue is witty and sharp, with great gags thrown into the mix from everyone, especially Isabelle’s brother-in-law.

Once the film makes the decision to paint Isabelle as a cruel woman, we lose all momentum and good-feeling. Her character starts off in a good place but becomes so mean-spirited and unlikeable, you lose all interest. Jean-Yves also changes from an independent man into a puppy dog that does whatever Isabelle wants. These shifts in dynamic are not only completely implausible, they aren’t fun to watch.

A Perfect Plan should have been an easy win after it was set-up so well. All of the actors try their best but the big problem lies with the story and its desire to become a slapstick comedy. This could have been a great situation-comedy if the writers had the sense to be a bit more daring. Instead, this sadly falls into the ever-growing pile of rom-coms that just aren’t worth the time.