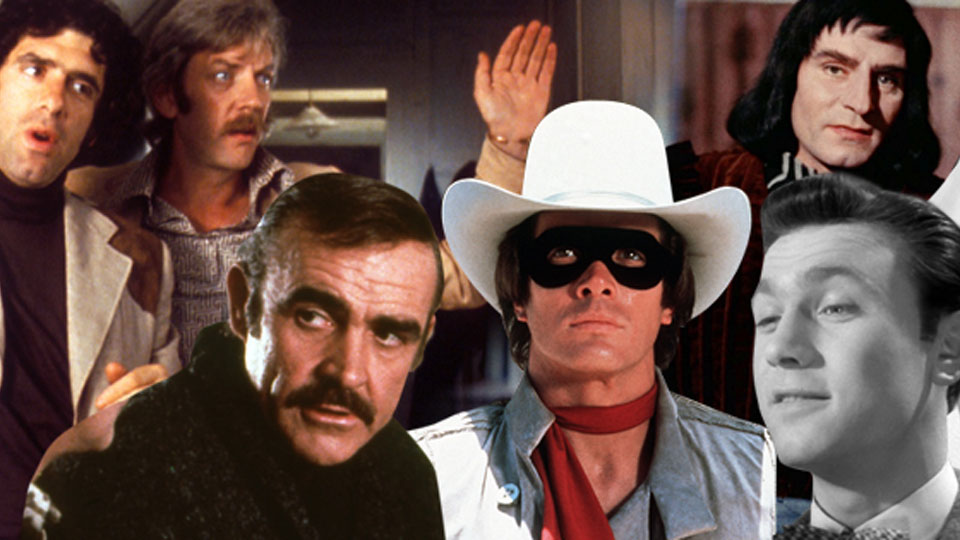 Network Distributing has announced the next batch of titles within its ‘The British Film’ collection. Each feature once again benefits from a new transfer, an instant play facility and will be presented in special slim-line space-saving packaging.

Plenty of top actors and movie stars feature in these July – September releases. Fans of Laurence Olivier, Meryl Streep, Sean Connery and Richard Burton to name a few will see their work in better quality than ever before.

For further information, visit Network. Check out the full list of new releases below.

Set against the background of London’s East End, Joe Brown (Three Hats for Lisa) stars as a likeable young dreamer who finds himself with a hit on his hands in this wonderfully endearing musical drama of 1963.

This delightful comedy from the 1960s tells the story of three old ladies who take matters firmly into their own hands when officialdom threatens their friendship.

This fast-paced comedy thriller stars Dermot Walsh (Richard The Lionheart, The Frightened Man) as a mild-mannered young accountant forced to go on the run after unwittingly coming into possession of coveted top-secret plans.

Carol White (Cathy Come Home) stars as a young woman whose determined efforts to escape a life of rural poverty leads to tragedy. Oscar-winner John Mills (Ryan’s Daughter) is the lonely, ageing farmer with whom she finds work, accommodation and the promise of easy money.

This early British talkie stars vaudevillian Gene Gerrard (Lucky Girl, Out of the Blue) as George, a young man on a yacht moored off Monte Carlo who has a tiff with his fiancée.

Boasting a classic comedy cast, legendary Aldwych Theatre farceurs Robertson Hare and Alfred Drayton as a couple of music publishers who find themselves unwittingly embroiled in an espionage adventure.

Intriguing drama based on a true story starring Bernard Lee (best known as James Bond’s ‘M’) about the Portland spy ring, an unlikely Soviet operation that was active in southern England from the late 1950s until 1961.

Starring rubber-faced actor and entertainer Leslie Fuller as identical twins – one who is a policeman who longs to join a circus, the other a farm hand who wants to be a policeman.

Rare musical film from 1966 tells the story of a rock ‘n’ roll hopeful searching for his big break.

Tautly scripted by Harold Pinter and with a score by John Barry, this multiple BAFTA-nominated thriller stars George Segal as Quiller, an unorthodox secret agent on the run from a neo-Nazi organisation.

Highly controversial in Britain and banned on its original theatrical release in the United States, this BAFTA-nominated story of deception, blackmail and revenge stars Dirk Bogarde in a brave, career-best performance as a prosperous young barrister with a dark secret.

Starring worldwide phenomenon Nancy Kwan as Marjorie, who begins to panic that she will sink into the obscurity of marriage as her wedding day approaches.

Atmospheric chiller from the 1940s featuring the cinema debut of Oscar-nominee Laurence Harvey (The Manchurian Candidate, Darling) as Francis, who goes to live in an old country house with his wife.

Starring Ernie Lotinga in his comic creation ‘Josser’, this film set in France during World War One charts the military escapades of serial bungler Tommy Josser.

A profoundly moving film that recounts a universal story of friendship between two children, and the testing of that friendship by religious differences and entrenched prejudice.

Award-winning, tense, psychological drama about five nuns who after opening a convent in the Himalayas, encounter conflict and tension – both with the natives and also within their own group – as they attempt to adapt to their remote, exotic surroundings.

Exotic, action-filled adventure about an insurance investigator sent to investigate the mysterious death of a diamond broker who drowned whilst diving off the coast.

Directed by Laurence Olivier, this film tells the story of three sisters and their brother in a provincial Russian town at the turn of the century.

Light-hearted family drama about a Welsh schoolteacher who emigrates to Australia to ‘teach in the sun’, but finds the reality is short of the blissful image on the recruiting poster.

Crime thriller starring Oscar-nominee Raymond Massey (Things To Come, East Of Eden) as a man at the centre of a multiple murder investigation – a case that sparks sensationalist press frenzy when it becomes clear that the killer only strikes when there is a full moon.

Oscar-winning actress Meryl Streep stars in David Hare’s adaptation of his own stage play, which spans two decades in the life of a French Resistance operative who struggles to build a new life amid the apathy of post-war England.

Terry-Thomas (It’s a Mad, Mad, Mad, Mad World) stars as author-explorer Reggie Blake who takes an unorthodox approach to his craft – his adventures mostly being the ideas of his agent.

Scottish star Jack Buchanan (The Band Wagon) plays a retired insurance investigator brought back into action by an audacious heist.

Based on John Patrick’s play about a proudScottish soldier who discovers he has little time to live, and the friendships he eventually makes among those around him.

Musical comedy with Leslie Fuller as a British sailor who is mistaken for a Sheikh when he’s on leave in the Middle East.

Hammer Horror from director Peter Sasdy (Taste the Blood of Dracula, Countess Dracula), featuring outstanding performances from both Eric Porter (The Day of the Jackal, The Lost Continent), as a doctor investigating a series of grisly murders, and Angharad Rees (Poldark, The Wolves of Kromer) as the pretty, frail murder suspect.

This darkly humorous cult horror gem starring Vincent Price, about a writer who gets bitten by a vampire and taken to ‘The Monster Club’.

When an artist is wrongly accused of murdering his model wife, England’s greatest barrister is called to clear his name.

British noir thriller from 1954 starring screen siren Hillary Brooke (The Woman in Green) as the consummate femme fatale who plots to murder her rich husband.

A delightful musical comedy based around the fierce rivalry between two motor manufacturers – and the romance that develops between the daughter of one and the son of the other.

Comedy from the Danziger brothers about a bachelor who will only inherit the car-hire business that’s owned by his rich uncle if he’s a respectable married man.

There are two clubs in London called Moons – one in Mayfair and one in Soho. Mary Dorland is singing at the cheap one, but her father, who does not approve of her singing career, believes she is performing at the Society one.

The final instalment of the Ealing Studios Rarities Collection, Volume 14 has four new transfers available for the first time on DVD – Lonely Road, The Water Gipsies, The Sign Of Four and Feather Your Nest, all from the 1930s.

A supernatural thriller about a beautiful and intelligent businesswomen who is devoted to her husband, but he plans to kill her so he can carry on with her attractive niece.

A classic tale of cowardice and bravery, this Oscar-nominated adaptation of A.E.W. Mason’s iconic novel is undoubtedly one of the most spectacular of the early Technicolor films. A bold military epic featuring evocative locations and a pounding score.

Directed, produced by, and starring Laurence Olivier, this iconic 1955 feature is for many the definitive film adaptation of Shakespeare’s famous play – a damning characterisation of the last Plantagenet king that has resonated through the centuries.

BAFTA-nominated drama focusing on a man whose life is turned upside down by the far-reaching repercussions of an ill-judged action.

The combustible setting of a busy restaurant kitchen provides much drama and humour in this film from 1961.

A stellar cast feature in actor-director Lionel Jeffries’ drama about a young boy facing the combined challenge of his parents’ disintegrating marriage, relocation to London, and ongoing attempt to overcome his speech problem.

Starring Michael Crawford as a luckless, inexperienced youth desperate to break out of a sexual catch-22 in this effervescent 1960s comedy from Roy Ward Baker.

One of Hammer’s most enduringly popular films and a benchmark for 1970s horror, Countess Dracula stars Ingrid Pitt in an iconic, career-defining role as the aged countess who must regularly bathe in virgins’ blood to regain her fading youth.

Made in commemoration and celebration of the Jubilee of King George V, this is the story of the first 25 years of his reign, told through the many travels of a penny that was minted in the year of his accession: 1910.

A suspenseful tale of murder and wrongful accusation from the 1930s starring Frank Leighton.

Directed by Jack Gold from a script by Oscar-winner John Briley, The Medusa Touch is a star-studded, fast-paced thriller with a spectacular, spine-chilling climax. Starring Richard Burton and Jeremy Brett.

Oscar-nominee Alan Bates turns in one of his most forceful performances as an asylum inmate with supernatural powers in a film that is both highly unsettling and deeply compelling.

A mysterious stowaway opens the door to adventure for two unsuspecting holidaymakers in this 1950s comedy feature from Herbert Wilcox.

Rare feature from 1937 starring Scandinavian screen idol Nils Asther opposite the multi-talented June Clyde in a gripping tale of love and high drama.