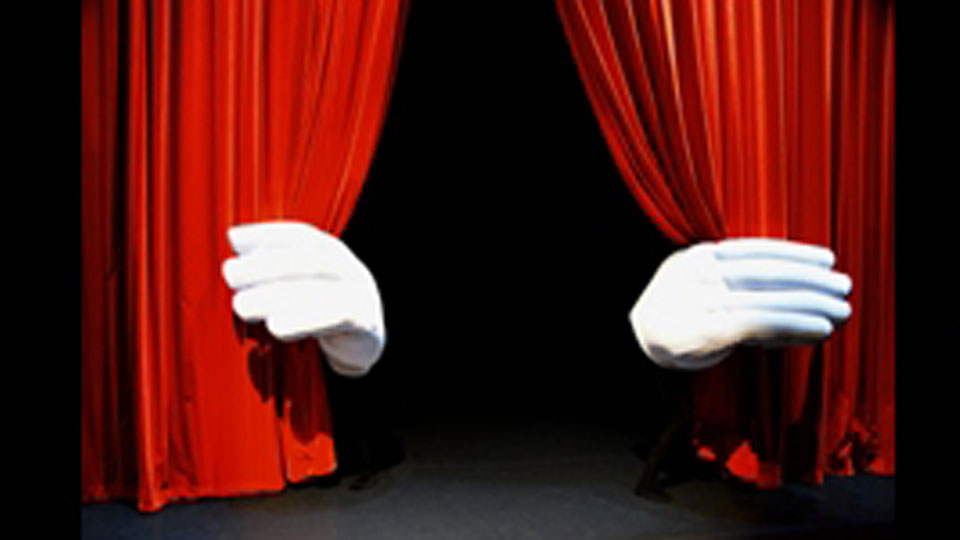 Mummenschanz makes its first appearance in the UK since 2006 this summer, visiting the Peacock Theatre for a strictly limited run from Saturday 19th – Sunday 27th July 2014. The company’s anniversary show Musicians of Silence presents the highlights of more than four decades of creative endeavours.

Mummenschanz has toured in 60 countries on five continents, winning international acclaim with performances that cross cultural boundaries and defy classification.

The performers of Mummenschanz create inspiring and captivating illusions using colourful masks and incredible props, producing a magical world of possibilities without speaking any words. The result is a visually stunning spectacle of family entertainment that sparks the imagination and transcends cultural barriers.

Original cast member Floriana Frassetto continues to perform with the company as a featured artist alongside Philipp Egli, Pietro Montandon and Raffaella Mattioli.

Musicians of Silence is a visually stunning spectacle of entertainment that is suitable for all the family to enjoy.

Ticket can be sourced through Sadlers Wells.

In this article:Mummenschanz, Musicians of Silence, Peacock Theatre