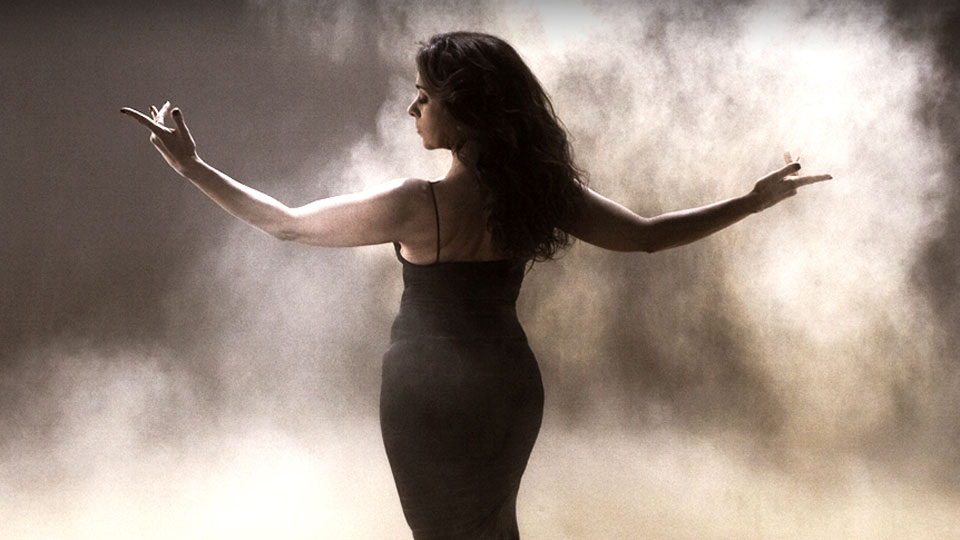 The original music fuses elements of Indian, Moroccan and flamenco along with remixes from Groove Armada, Marc Mac (4 Hero) and Monsieur Adi to create an atmospheric and exuberant score performed live at the Peacock Theatre. Zik’r is a unique fusion – east meets west and classical meets club in a show that mixes the wild intensity of flamenco with a splash of the exotic.

Zik’r seamlessly blends traditional instruments with exciting electronic elements and the energising fusion performance is set alight by spectacular, powerful flamenco dance. Having begun life in India at the World Sufi Spirit Festival, Zik’r has played several celebrated UK dates including the 2015 Edinburgh Festival Fringe and now returns to London’s home of dance, Sadler’s Wells, where it plays at The Peacock as a reworked and newly expanded piece from Tuesday 14th June 2016.

A story of exile, passion and survival, the music tells a tale of the pain of separation and the agony of the soul.

Sufi and Flamenco have been intertwined as part of a centuries-long journey. As traders made their way from India through the Middle East and North Africa and into Southern Spain, so flamenco absorbed the vibrant traditions of the places where it rested, pulling together the strands of cross-cultural musical practices to become a uniquely impassioned and inspiring art form.

Ruimy has performed all over the world with acclaimed shows at the Folies Bergère in Paris and Lyric Theatre, Shaftesbury Avenue, London. A celebrated spiritual writer Karen has published The Angels Metamorphosis and The Voice of an Angel with Quartet Books. An accomplished singer and musician in 2010 Karen’s first album Essence de Femme featured songs created for her Paris shows. 2013’s Come with Me, brought together Rai (Moroccan Arabic music) with pop and dance beats. Come with Me was also remixed by dance DJ Paul Oakenfold. Collaborative releases with Youth, Zik’r East and Zik’r West followed last year.

One of the UK’s most influential producers, Youth has worked with bands including The Verve, Paul McCartney, Crowded House and Pink Floyd whose 2014 release The Endless River topped the charts. His contribution to the music industry was this year recognised as he was named recipient of the Music Producer’s Guild 2016 Lifetime Achievement Award.

Karen Ruimy says; “For me the blend of spiritual music and Flamenco is a natural and most magical place in which to perform.” Youth continues, “Sufi music for me is soul music. What I love about it most is the ambition to achieve ecstatic transcendence through music and dance.”

See karenruimy.com/live and www.peacocktheatre.com for more details and booking information.