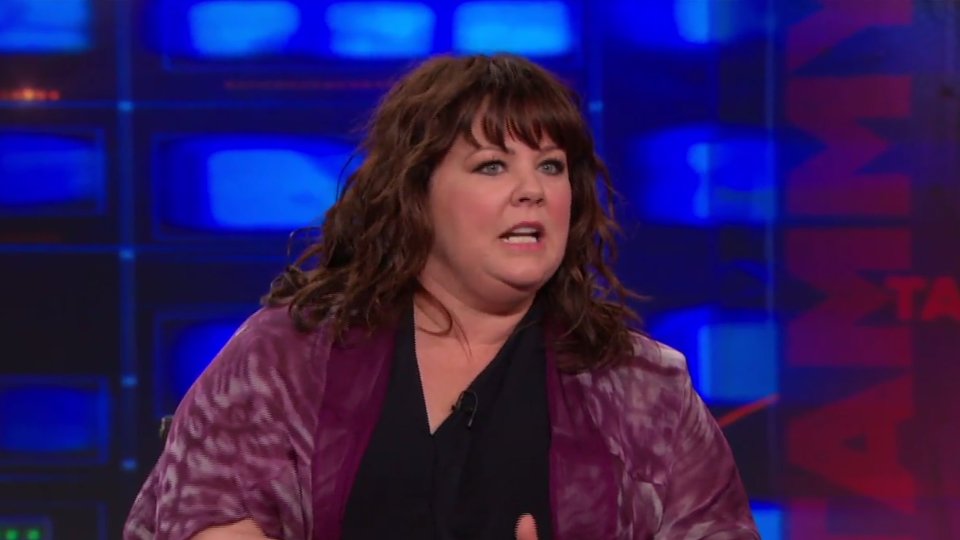 During her interview with host Jon Stewart she talks about her early days attending auditions saying, “There’s a bunch of nice people but there’s always one crazy which is probably in any group. But there was a girl who came storming in the room once full of energy of a true maybe unbalanced girl in her twenties who went in with an aalllright…!”

As she reveals all about group auditions she goes on to further explain to Jon how awkward it got, “They clearly didn’t know her and one of the girls responded, just getting over an abortion, doing cool. Doing what I do, auditioning…”
“I thought if I could just take myself out of the room….”

Advertisement. Scroll to continue reading.
In this article:Melissa McCarthy, The Daily Show