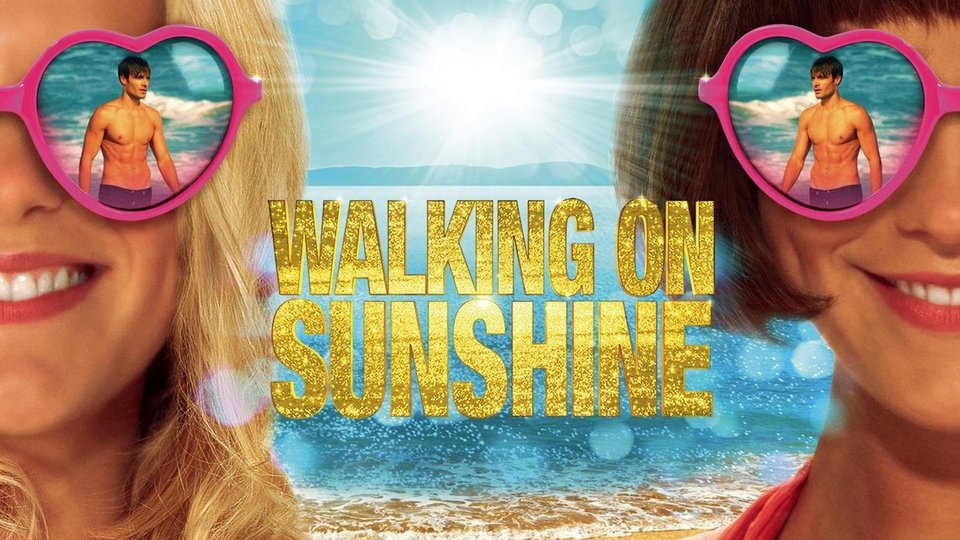 Check out our review of Walking on Sunshine

This musical film includes the greatest pop classics of the 80s, making for the perfect soundtrack, with an irresistible line-up of songs that make it impossible to sit still while listening! Human League’s ‘Don’t You Want Me Baby’, a number-one single in the UK and USA, sets up the theme of romantic hope. Madonna’s unforgettable hit ‘Holiday’ is just right for singing along (“Celebrate!”) in the cinema or at home.

And if anyone is in doubt about the film’s fun factor, then Cyndi Lauper’s ‘Girls Just Wanna Have Fun’ makes things as clear as they could be. There are some quieter, soulful tracks too – “Eternal Flame” by The Bangles is one, and a beautiful, soft rendering of Roxettes’ “It Must Have Been Love (But It’s Over Now)” is another – but the dominant mood is punchy and upbeat.

“Wild Boys” gets a raunchy performance, full of energy. “How Will I Know?”, a smash hit for Whitney Houston, is a funky, foot-tapping song of a love-struck girl, and with the powerful female vocals of Bananarama’s “Venus”, you have to agree with the lyrics: “Yeah, baby, she’s got it!” This pyrotechnic parade of top tracks is rounded off by Wham’s ‘Wake Me Up Before You Go-Go’. All of these numbers are performed with real verve by the stars of the film cast.

A highlight of the film is the appearance of the multi-award winning and Grammy-nominated Leona Lewis, who makes her film début in Walking on Sunshine, performing on the soundtrack and in the film itself. She came to attention in 2006 as the winner of The X Factor in the UK and has released two studio albums, the mega-selling Spirit in 2007 and Echo in 2009. Her international breakthrough single, “Bleeding Love”, received five awards. She has released ten singles, four of which have reached number one in various charts.

Walking on Sunshine has all the makings of a smash-hit summer movie and a sing-along cult film à la Mamma Mia – thanks to its charming story and locations, fine acting, and above all its stellar soundtrack, an unbeatable compilation of 1980s hits. No-one could fail to smile, move to the rhythm, and tap their feet along with these songs, which Sony Music releases on 23June.

Vertigo Films, the UK’s leading independent film studio behind such box office hits as StreetDance 3D and The Sweeney, will release the film on 27 June in the UK with the rest of the world to follow. International film sales have been handled by IMGlobal.

Directed by Max and Dania (the duo behind one of the most successful UK independent films of all time – StreetDance 3D), it stars Leona Lewis, Katy Brand, one of the UK’s top female comedians, and Greg Wise, an actor renowned for his work in BBC dramas, alongside rising stars Annabel Scholey and Hannah Arterton, plus Giulio Berruti in the role of the gorgeous man, this is a film for a girls’ night out. After a whirlwind romance, Maddie is preparing to marry Raf and has invited her sister Taylor to the wedding in Italy. What Maddie does not know is that Raf is Taylor’s ex-holiday flame, and the love of her life. And that is only one of many bumps along the film’s road to happiness.

To be in with a chance of winning 3 copies of the Walking on Sunshine OST, just answer the question below.

Advertisement. Scroll to continue reading.
In this article:Competition, Walking on Sunshine