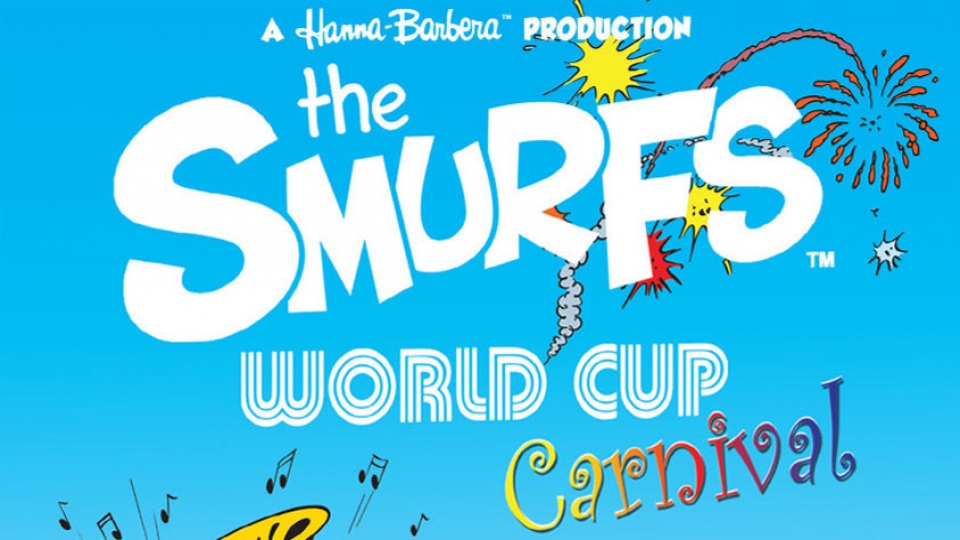 So to celebrate, we are giving away 3 copies on DVD!

The Smurfs won an Emmy for Outstanding Children’s Entertainment Series in 1982-1983.

So instead of the usual diving, cheating and histrionics, we’d rather your children watched Brainy, Papa Smurf and the Ultimate Wag – Smurfette.

The Dark-ness Monster – The Smurfs hold their annual smurfball playoffs. Brainy is not happy about forming a team with Clumsy because of his clumsiness. But when Brainy loses his glasses, Clumsy has to come to his rescue. Will this experience change Brainy for good?

The Gargoyle of Quarrel Castle – In Quarrel Castle you almost never hear a kind word. Selwyn the warlock and his witch-mate Tallulah’s quarrelling causes their pet gargoyle Tharp to take refuge in the village of Smurfs. He wants to play smurfball with his newfound friends, but the smurfball he brings with him is a very dangerous one.

Love Those Smurfs – The Smurfs’ smurfball game is suddenly interrupted when a wicked sorceress casts a spell on the Smurfs, forcing them to love themselves and not each other. Vanity, who’s always like that anyway needs to break the spell.

Small Minded Smurfs – In the depth of the rainforest, the Smurfs meet with a headhunter who shrinks their cranium and changes them into pinhead idiots. Clumsy is able to escape and matters come to a head.

Jungle Jitterbug – The rainforest of South America is not a place where Vanity Smurf would like to spend his life, yet he starts dancing madly when he gets jungle fever. His dance has strange results.