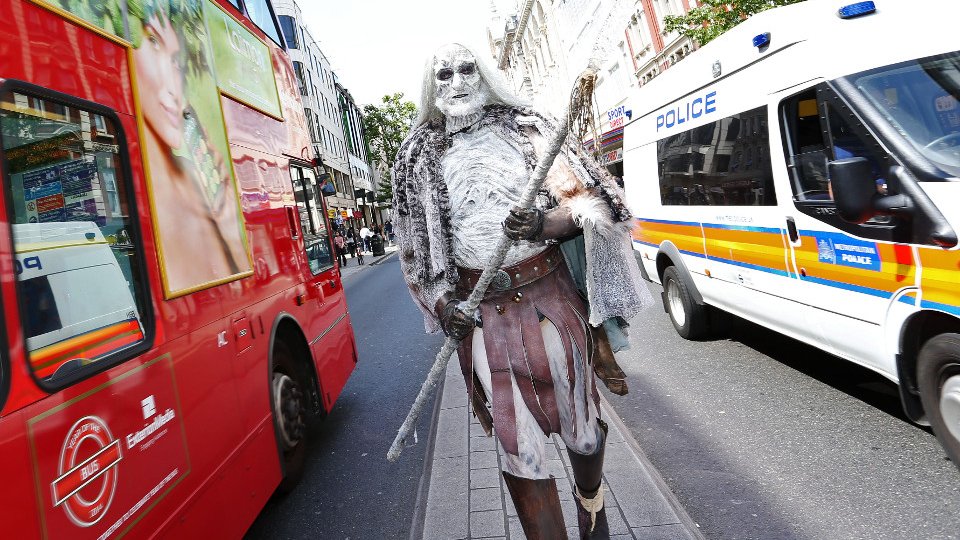 Game of Thrones fans got a surprise on Tuesday when a White Walker was spotted in numerous locations around Central London.

The 7ft White Walker, seen in HBO’s hit fantasy series, made its way around Central London to celebrate the digital download release of the show’s fourth season. Whilst it may have only ended on Monday night in the UK, fans can now get the whole fourth season from a variety of digital outlets including Amazon Instant Video, blinkbox, Google PlayTM, Wuaki.tv & Xbox Video.

The digital download release of the season comes months ahead of its Blu-ray and DVD release which is expected later in the year.

Game of Thrones’ fourth season has been its most-talked about yet creating a huge online buzz and plenty of praise from critics and fans.

The White Walker character, special effects makeup and costume design were created by Silent Studios who based it on the CGI from the Game of Thrones TV show. Silent Studios specialise in creating gore and horror for film, games and events. You can find out more about their projects via their Facebook and Twitter pages.

Check out some pictures of the White Walker in London: