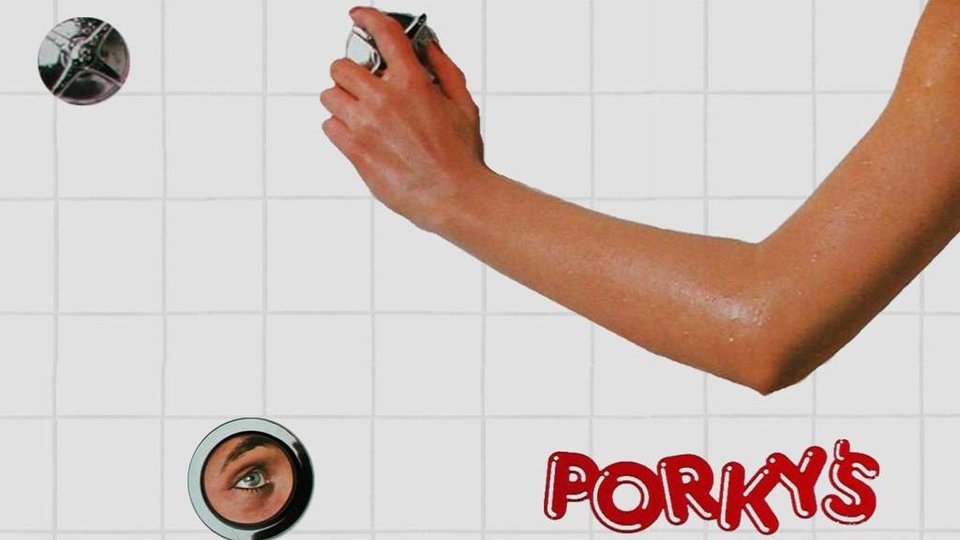 Arrow Video is thrilled to announce the UK Blu-ray and Blu-ray Steelbook release of Bob Clark’s iconic teen-sex comedy, Porky’s. Arriving on 16th June, this will mark the first time that Porky’s will be made available on the Blu-ray format in the UK. To celebrate, we are giving away 3 copies on Blu-ray.

Long before American Pie, an age ahead of Superbad, there came Porky’s, a seminal ’80s comedy high school sex-romp which defined the VHS generation and arguably went on to become more than just a full-frontal pioneer of the adolescent sex farce. A national embarrassment, a rite of passage, a rebuke of racial discrimination and a crudely accurate portrayal of high school life—director Bob Clark’s 1982 classic is all this and more.

Porky’s owes at least part of its legendary status to the timing of its release. Though a hit on theatrical circuit (it still remains Canada’s most successful film of all time when adjusted for inflation), Porky’s arrival on home video at the dawning of the VHS era meant that enterprising youngsters could effectively bypass the theatrical ratings system and indulge in Clark’s forbidden fruit. With naked limbs and a leering eyeball against a clean white tile background, Porky’s iconic VHS box art let kids know exactly what the film featured.

For years, underage kids lucky enough to see the film circulated stories on school playgrounds about its most notorious and possibly funniest scene—the shower spyhole, “Paulie the Penis” and women’s coach Ms. Balbricker’s (Nancy Parsons) subsequent rant about the offending “tallywhacker”. Clark has admitted Porky’s was primarily aimed at teenage viewers, even though in many parts of the world they weren’t even allowed in the theatre. And while the promise of illicit nudity initially lured many of these viewers to check out the film from alternative sources, the warts-and-all story of Pee-Wee and his pals kept them coming back for more, helping the film grow in popularity and reputation.

Featuring a bumper crop of bonus features including an audio commentary with the late director Bob Clark and an interview, Porky’s Through the Peephole, which sees the director looking back at his cult classic, this deluxe edition will also include a newly commissioned featurette Skin Classic! In which Mr Skin celebrates Porky’s and the heyday of the 80s teen sex comedy. The Blu-ray will also feature new writing on the film by Paul Corupe, creator of the Canuxploitation website, and a previously unpublished interview with director Bob Clark conducted by Calum Waddell, illustrated with archive stills.

Long before American Pie and Superbad came the original and best sex comedy. A firm favourite of teen movie fans, Porky’s introduced audiences to Kim Cattrall (Police Academy, Big Trouble in Little China) and made an absolute killing at the box-office.

It’s 1954 and the sex-obsessed boys of Angel Beach High School are looking to get laid. Porky’s is their destination, local nightclub and whorehouse. Only its redneck owner has other plans, as does his sheriff brother. Will Meat, Mickey, Tommy and the other guys in the gang get their own back? And will the barely-endowed Pee Wee finally lose his virginity?

Having established his credentials as one of Canada’s top horror filmmakers with the likes of Black Christmas and Dead of Night, Bob Clark took an unexpected turn into the world of the teenage sex comedy and inadvertently made the most successful Canadian motion picture of all time, an honour it still holds today.