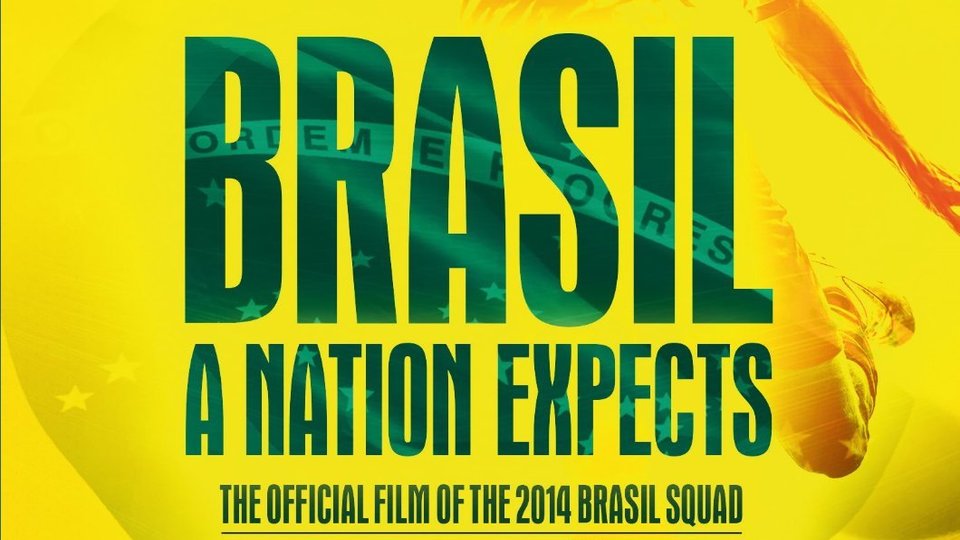 With exclusive access to the world’s greatest football team, Brasil: A Nation Expects, is a rare and intimate documentary film which follows the ‘Scolari family’ as they get ready for the defining moment of their lives, the 2014 FIFA World Cup.

Offering an unprecedented and personal look behind the scenes of the team on their quest for the ultimate prize, Brasil: A Nation Expects, is a once-in-a-lifetime opportunity to watch, listen and learn from the sport’s greatest players as they prepare to make history.

The Brasil national team, widely regarded as the finest exponents of ‘the beautiful game’, have won the World Cup five times – more than any other country – and have amassed a dedicated following across the globe, for their innovative ball skills, mesmerising trickery and an irrefutable, and palpable, passion for the sport. See the players up close and personal and as you’ve never seen them before, as they prepare, both mentally and physically, in the 18 months leading up to their defining moment this June.

With Scolari at the helm and starring players including Luiz, Oscar, Ramires and Willian from Chelsea FC, Neymar and Daniel Alves from FC Barcelona, Paulinho from Tottenham Hotspur FC, Thiago Silva and Maxwell from Paris-Saint Germain FC, Hulk from FC Zenit Saint Petersburg and Dante from FC Bayern Munich, Brasil: A Nation Expects is the ultimate behind-the-scenes look at one team carrying the hopes and dreams of an entire nation.

The world is watching! Don’t miss Brasil: A Nation Expects out now on Blu-ray and DVD and Collector’s Edition DVD.

In this article:Brasil: A Nation Expects, Brazil, Competition, World Cup