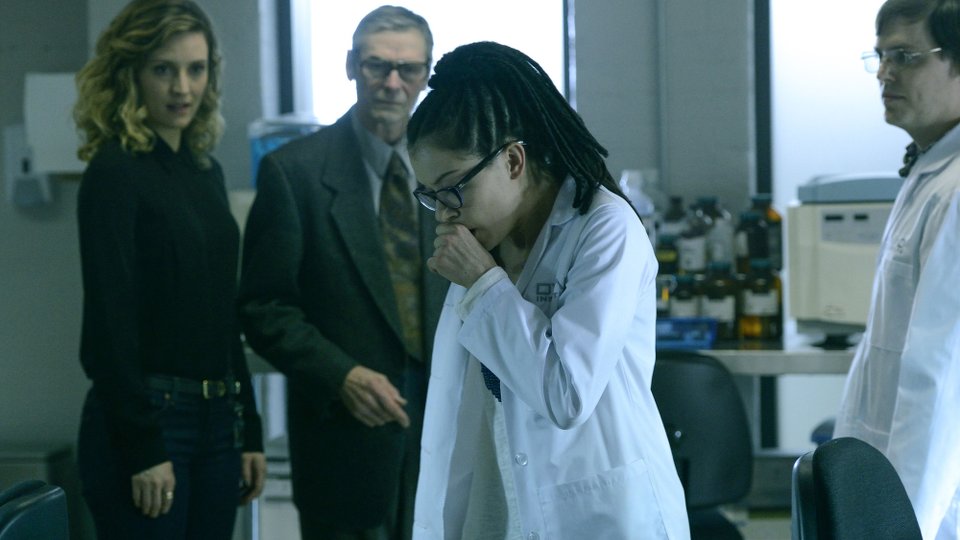 Alison’s husband wasn’t happy when he was confronted about being his wife’s monitor and went off the deep end. It seems he wasn’t fully in the loop about what was going on and why he’d been watching his wife.

Elsewhere in the episode Cal (Michael Huisman) had to move Kira (Skyler Wexler) to a new location when his cover was compromised, Sarah left Mrs. S (Maria Doyle Kennedy) to deal with Ethan Duncan (Andrew Gillies) and Cosima found out that the stem cells she was being treated with had come from Kira.

The next episode is titled Variable and Full of Peturbation. A new player in the clone conspiracy turns up at Felix’s (Jordan Gavaris) door, sending him into a crisis.

Tune into Orphan Black at 10pm on BBC Three on Wednesday. Preview the new episode in our gallery below: