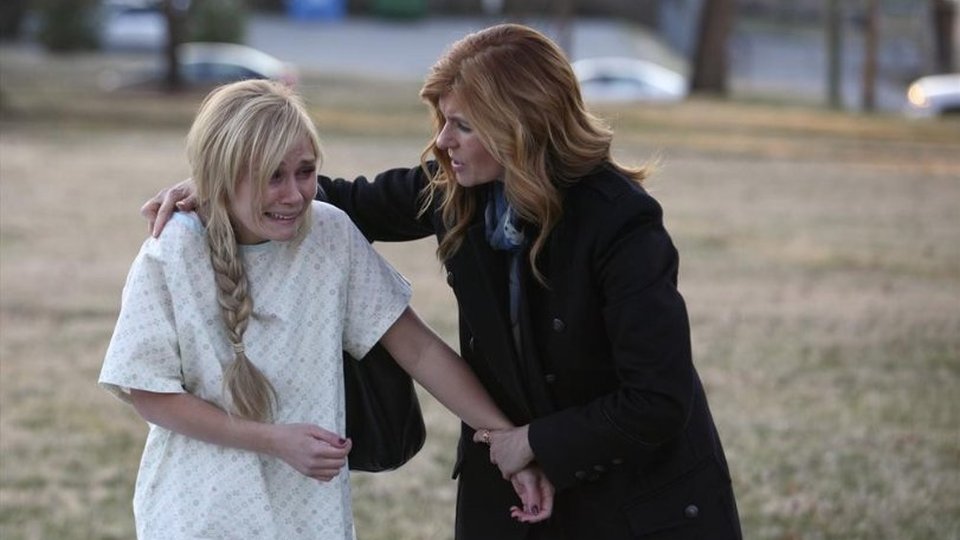 Have you picked your jaw up off the floor yet following the latest episode of Nashville?

Scarlett’s (Clare Bowen) been threatening to crack under the pressure for weeks and in the latest episode she did so very publicly whilst opening for Juliette’s (Hayden Panettiere) tour. Is there any coming back from this for the starlet?

Elsewhere in the episode Maddie’s (Stella Lennon) reveal to the world about being Deacon’s (Charles Esten) daughter went viral, Rayna (Connie Britton) was forced to address the news on live TV with Teddy (Eric Close) and Deacon, and Juliette reached out to Charlie Wentworth (Charlie Bewley) for helping selling tickets.

Your Good Girl’s Gonna Go Bad: Scarlett’s breakdown drives everyone to point the finger of blame at each other. Layla persuades Will to take part in a reality TV show.

The next episode of Nashville airs on Thursday at 10pm on More4. Preview the episode with our gallery below: