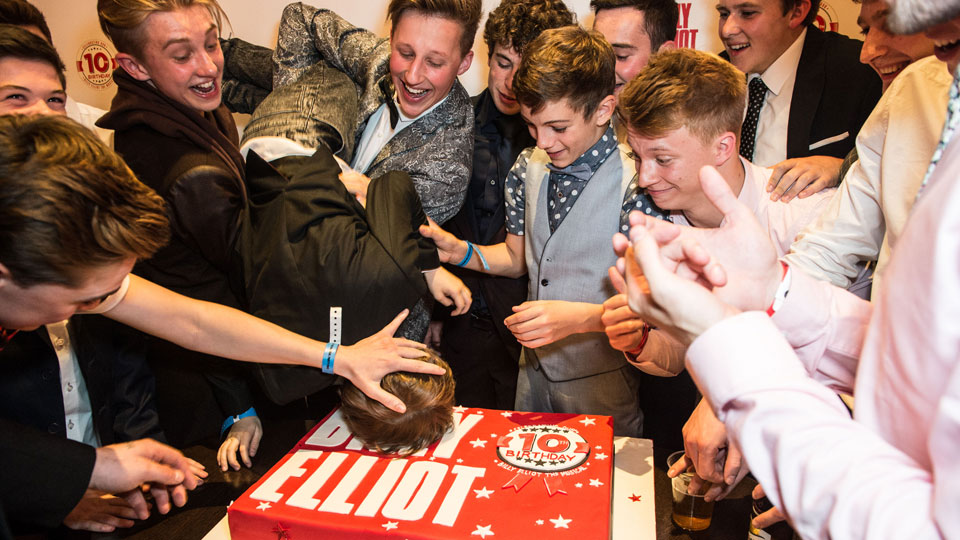 On 12th May 2015, the multi award-winning smash hit Billy Elliot the Musical celebrated ten years in the West End. The musical received its world premiere at the Victoria Palace Theatre in March 2005.

Elton John said: “When Stephen, Lee and I started work on Billy Elliot the Musical I knew this was going to be something very special. It’s no secret that I fell in love with the film and from that moment I was convinced Billy’s story should be seen on stage. When I saw the show for the first time back in 2005 I was completely bowled over and ten years and forty London Billy Elliots later, I couldn’t be more proud of this extraordinary show. Billy Elliot in particular means something very special to me and I want to thank absolutely everyone who has been involved in the production throughout this incredible journey.”

Stephen Daldry said: “We are all delighted to see Billy Elliot the Musical reach its next milestone of ten thrilling years in the West End. When the idea of turning Billy Elliot in to a musical was first suggested I immediately knew that live theatre would be the natural home to re-tell his story. We began the task and on 12 May 2005, we opened the show at the Victoria Palace Theatre. Ten years later, with 82 boys having played the title role in front of 10 million theatregoers worldwide, we are today announcing the next chapter – the West End run is being further extended and in February 2016 Billy Elliot will begin its first ever UK and Ireland tour. From the start, Billy Elliot has given me enormous professional fulfilment as well as huge pride and the show will always have a very special place in my heart.”

Lee Hall said: “When I wrote Billy Elliot all those years ago – the story of a miner’s son in the 80s who wanted to be a ballet dancer – I would never have believed we would be here today celebrating the show’s tenth birthday as a musical. Every time I catch up with Billy Elliot I continue to be moved by the extraordinary talent on stage and the audiences’ openness to Billy’s journey. From film to stage, Billy Elliot has been, without doubt, the most rewarding and exhilarating experience of my career.”

See billyelliotthemusical.com for details and to book.

Advertisement. Scroll to continue reading.
In this article:Billy Elliot the Musical, Elton John