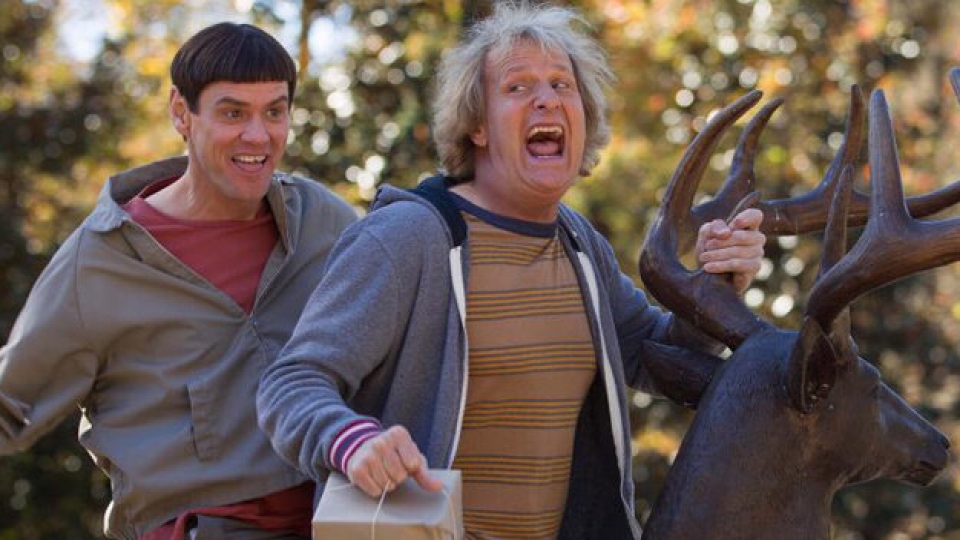 Last night The Tonight Show with Jimmy Fallon gave the world its first official glimpse at one of the most anticipated movie sequels of all time.

Dumb and Dumber To finally gave fans a chance to see Lloyd Christmas and Harry Dunn make a triumphant return after 20 years away.

The trailer is everything fans of the original have been waiting for. The gags are hilarious, the actors look great and the plot is as ridiculous as ever. Highlights include a particularly novel way of removing a catheter, setting up a 20-year prank and that classic, infamous music when Lloyd sees a woman he likes.

Co-starring with Jim Carrey and Jeff Daniels are Kathleen Turner, Rob Riggle, Laurie Holden and Rachel Melvin. Bobby Farrelly and Peter Farrelly return to direct their sequel to one of the most loved 90s movies of all time and easily one of the funniest comedies ever made.

Dumb & Dumber To is scheduled to open nationwide on December 19th 2014.

In this article:Dumb & Dumber To, Dumb and Dumber To, Jeff Daniels, Jim Carrey