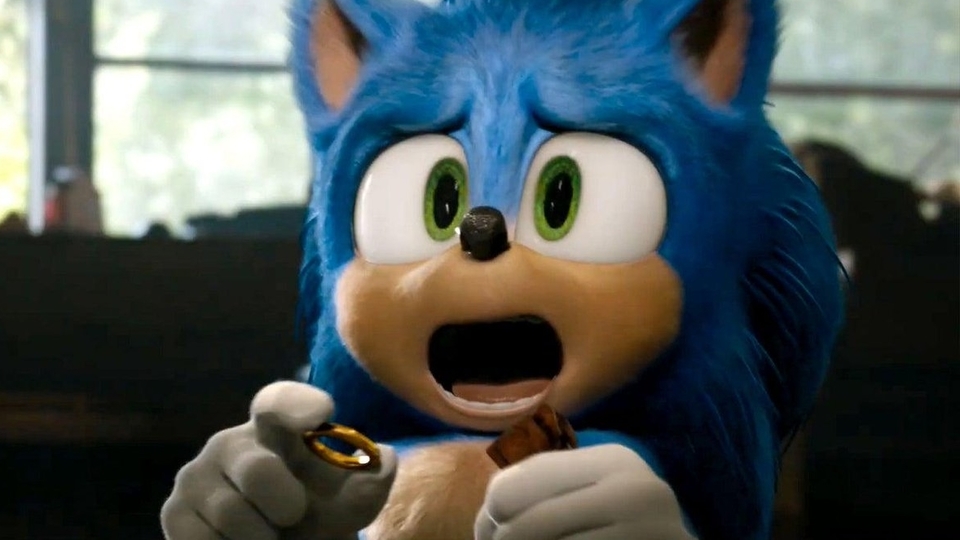 Video game movies rarely tend to set the world alight. The initial response to the truly awful first concept reveal of Sonic was hilarious. It drew justified gasps of horror, forcing a much-needed redesign to address audience concerns that he looked weird and distant from his roots as a cute, loveable character. Thankfully that worked, and now Sonic looks and acts like he should. With that first hurdle cleared, it falls on the film itself to make a statement, and whilst it is enjoyable there’s nothing new or exciting on show to really set it apart from the competition.

The story follows the tried and tested ‘fish out of water’ scenario as Sonic (voiced by the brilliant Ben Schwartz) is forced to flee his home-world when marauders attack. Using special gold rings that can open portals to different worlds, Sonic is transported to Earth when he makes a new home for himself. The sleepy town of Green Hills, Montana is his new residence and all seems ok, even if Sonic is quite lonely keeping his existence a secret from the locals.

One of those locals is Sheriff Tom Wachowski (James Marsden), a good natured cop who longs to do more than just save cats from trees. When a crazy energy surge generated by Sonic’s super speed attracts the attention of the government, Sonic is soon being hunted by shadowy official Dr. Ivo Robotnik (Jim Carrey). This throws Sonic and Sheriff Wachowski together to form an unlikely alliance, as they go on the run with Robotnik’s army hot on their trail.

The film manages to keep your interest throughout and that’s largely down to the cast, who transcend the pedestrian story. Ben Schwartz, who will be known to many as the brilliant Jean Ralphio from Parks & Recreation, really gives Sonic a great personality and a child-like wonder that’s hard not to champion. James Marsden, I feel, is never given his due credit in Hollywood. The guy can do everything, and he never seems to get the A-list roles he deserves. Marsden and Schwartz conjure up a great onscreen friendship and sell the premise well.

It’s wonderful to see screen legend Jim Carrey back in a major blockbuster and he doesn’t disappoint one bit. I’d go so far as to say that his performance alone is worth the cinema admission price. Carrey brings a maniacal sense of glee to proceedings and is as madcap and insane as you’d hope for, effortlessly stealing all of his scenes. He fully absorbs the role and delivers a performance full of energy that helps lift up the film when it lulls in the middle.

There are disappointing elements, including a very pedestrian storyline that really should have tried harder to do something standout. The Sonic games had so many interesting worlds and scenarios to explore, so finding out that this mainly just is a road movie on Earth feels like a bit of a missed opportunity. The supporting role of Tom’s girlfriend Maddie (played by Tika Sumpter) is a waste and she should have had a much bigger role to play. The same can be said for Adam Pally who delivers some nice comic relief as a local cop who really isn’t great at his job, and should have been used much more too.

Sonic the Hedgehog is a perfectly watchable family movie that will entertain the kids throughout. Sonic fans won’t be blown off their feet but will be happy that their beloved character has at least done the basics right. The film ends with a potential sequel set-up, and if the filmmakers are allowed to venture off the predictable path at bit, I’d love to see a Sonic sequel where they really go for broke and embrace the visual cues from the games much more. Perhaps with his origin story now out of the way, Sonic and get up to full speed and give us the film we all want to see.