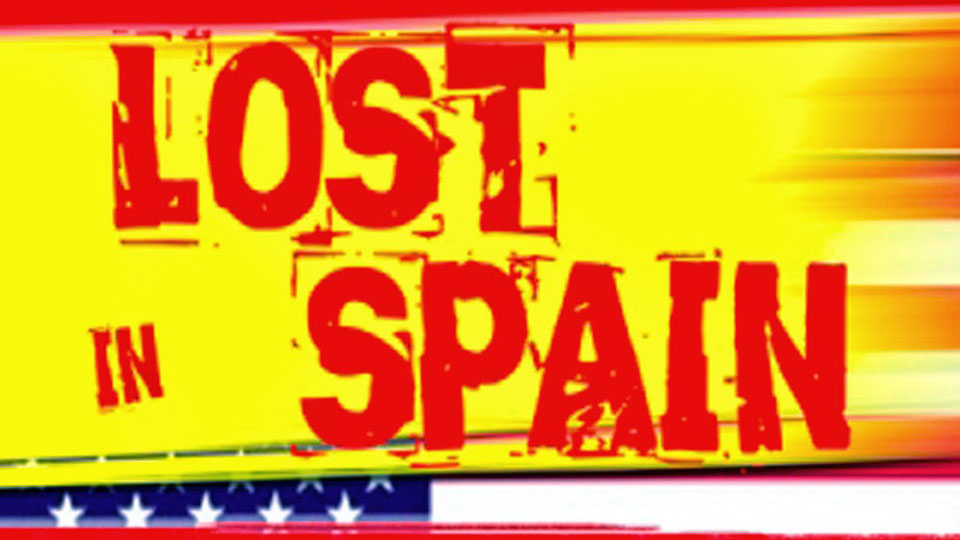 Lost in Spain is a book of humorous memoirs from American author Scott Oglesby. His debut work recounts his years living in the Mediterranean country. The genre is comedy rather than travel writing, and these autobiographical sketches are an invitation to readers to rummage around inside the author’s head whilst he tries to pass himself off as a normal human being surviving in a foreign land – despite the best efforts of his various psychoses.

Lost in Spain is a very funny collection of stories told by a witty raconteur with a fine ear for dialogue and comic timing. Whether or not the humour of the prose tickles you will depend on to what extent you identify with the author. Delicious lines such as, “It was what normal people called chatting but I still think of as time rape,” (when he and his wife are stopped by an English couple in the street) will amuse those afflicted with a similar social retardation. The perennially awkward who lack the ability to tailor their behaviour to particular scenarios will find comfort in solidarity within these pages. Oglesby gets away with often withering descriptions of colourful characters because he levels by far the most criticism at himself.

The scope of the book is broad, and there are points where Oglesby deviates from his Spanish narrative. In the chapter entitled One, Two, Three, Four, Oglesby recounts his OCD, from its origins to the point at which it becomes a major handicap. Alcoholism and social awkwardness are also themes that pervade much of the text and have their own chapters. We were especially taken with Oglesby’s account of why AA meetings did nothing for him, and his own self-deprecating testimony is valuable and perspicacious. Despite his social unease, Oglesby has cultivated a knack for describing human behaviour in himself and others.

The characters we meet along the way are interesting, and often in their own ways as crazy as the author. There’s an amorous gypsy with a violent past and a druggie Welsh couple. The character that made the strongest impression on us is Kasper, a German teenage delinquent and freeloader, whom the author takes under his wing. Apart from the explorations of social awkwardness and its consequences, the sections where the prose sparkles most brightly is where Kasper is involved, whether it be cultivating methods for the mass extermination of flies, or enduring a mishap whilst drunk on a motorbike.

Some sections, such as the development of the author’s OCD, and his personal history moving from the right to the left of the political spectrum, are not without interest but are arguably outside the scope of the book and may have been better held back for another project. Like many first-time authors, Oglesby throws everything in his arsenal at the reader. Thankfully the digressions entertain, and the reader is more or less happy to follow wherever Oglesby wants to lead them.

The writing is a touch verbose, with a few purple patches where the author is carried away with his own enthusiasm for an anecdote. However, the exuberance is infectious, and the author pulls the reader into the world he’s created, which is framed by his own unique and funny perspective on life, people and human interaction. We would have liked the book to have ended with an account of why and how the author and his wife came to leave Spain, as without it we feel we haven’t heard the full story.

The book is independently published, and as a consequence lacks the finesse that a professional editor would bring, with a few grammatical errors and the odd typo that have slipped through the net; but given that independent publishing is likely to be the future of the written word, one has to admire the chutzpah to get one’s work out there in the first place. Lost in Spain is a very funny and often painfully honest memoir. A touch more focus, especially on the concluding chapter, would really take it to the next level. We look forward to seeing where Oglesby’s writing takes him next.

Advertisement. Scroll to continue reading.
In this article:Lost In Spain, Memoir, Scott Oglesby