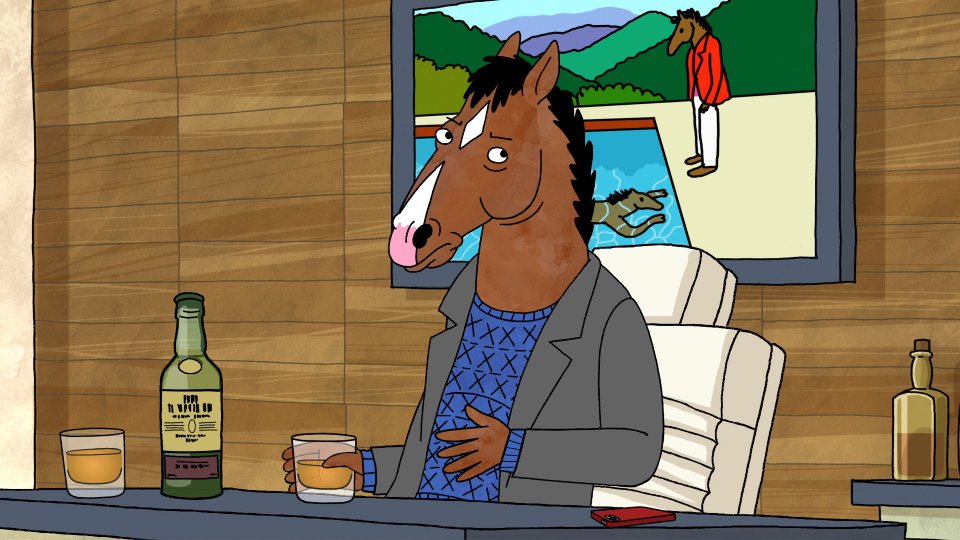 Two images have been released from the first season of new Netflix show BoJack Horseman.

The new animated series features an all-star voice cast including Will Arnett, Amy Sedaris, Alison Brie, Aaron Paul and Paul F. Tompkins. There will be additional celebrity cast appearances throughout the season.

Will Arnett voices BoJack, the failed legendary 90’s sitcom star from the favorite family sitcom “Horsin’ Around,” who has been trying to find his way through a muddle of self-loathing, whisky and failed relationships. Now, in the presence of his human sidekick Todd (Aaron Paul) and his feline agent and ex-paramour Princess Caroline (Amy Sedaris), BoJack is primed for his comeback…

BoJack Horseman is created by Raphael Bob-Waksberg and will premiere its first season of 12 episodes only on Netflix on Friday 22nd August. Check out the first two images from the show and the trailer below:

In this article:Aaron Paul, Alison Brie, BoJack Horseman, Will Arnett