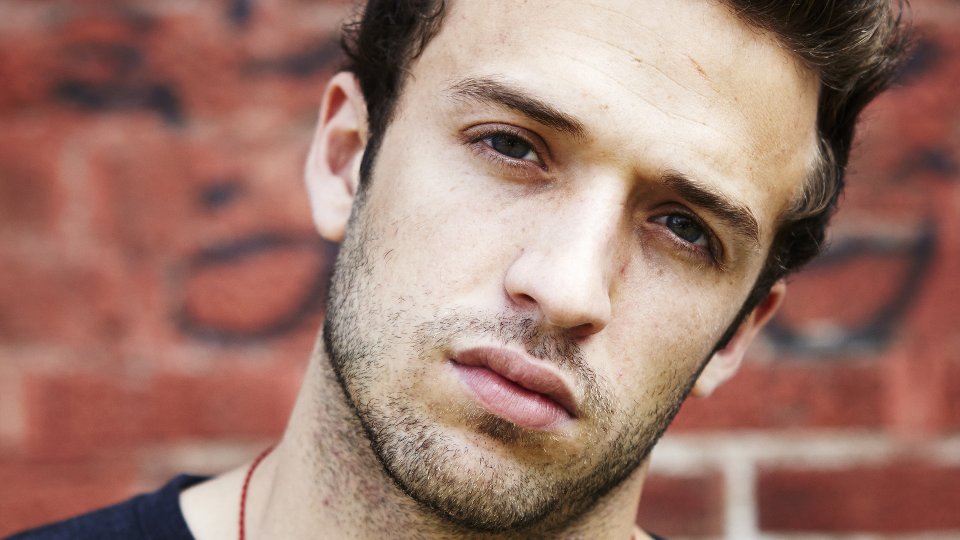 The third season of Revenge came to a close here in the UK last night as Emily (Emily VanCamp) seemingly completed her revenge plot against Conrad (Henry Czerny) and Victoria (Madeleine Stowe) Grayson.

The finale left us with a lot of food for thought particularly (spoiler alert!) the confirmation that David Clark (James Tupper) is alive and well. What’s Emily going to make of that after everything she’s done the past three seasons?

One of our favourite things about the third season of Revenge was the arrival of Javier Salgado played by handsome newcomer Henri Esteve. The character arrived in episode 16, Disgrace, of the season as a hacker friend that Nolan (Gabriel Mann) met in jail.

In just 7 episodes he’s made quite the impression entering into a relationship with Charlotte (Christa B. Allen), making an ill-conceived deal with Daniel (Josh Bowman) for MyClone which blew up in his face, and almost ruining his friendship with Nolan.

As we look forward to season 4 we caught up with Henri to talk about Javier, dissect season 3 and find out what’s coming up when the show returns this autumn.

Revenge just concluded its third season here in the UK. How did you get involved with the show?

The show itself was an audition process. ABC does this showcase every year where they pick around 12 – although this year it was 20 – actors who they’re sort of putting their stamp on in a sense of believing in us and giving us exposure. They do the showcase and co-sign us basically and just yell to the industry that they think we’re going to pop. I think that was around November (2013).

January came around and the Javier role came up. ABC called Johnny, my manager, and said ‘hey we really want him to come in for this’. I then had the initial auditions and the chemistry reads with Christa (B. Allen) and it just went from there.

It’s pretty amazing to land Revenge as your first major role. How did it feel to join such a well-loved and well-established show?

Yeah, especially the exposure that Revenge has already. It’s weird too because I went to school with Josh (Bowman) in New York. The cast is so close and I got really lucky because everyone welcomed me into the family really quickly. I’ve always heard these stories of how difficult it is to come into a cast where everybody knows each other well and have been together so long but with Revenge they honestly made me feel at home so quickly. With Josh, I remember my first table read and I was super nervous. I turned up and Josh saved me a seat next to him and automatically made me feel at home and like I can play around and see what happens.

I didn’t know where it was going to go, especially the MyClone stuff. None of that was additionally in the audition and I didn’t expect MyClone to take off the way that it did. Javier is such a different energy from the rest of the characters on the show and he comes from such a different background. I guess I expected it to definitely have a jolt with the characters because of the juxtaposition of the worlds that they come from.

He became integrated into the plots pretty quickly. Obviously there was the Nolan link that brought him into the show and he got in with the Graysons thanks to his relationship with Charlotte. There’s a lot more to explore for Javier. Do you know what’s coming up in season 4?

You have about as much of an idea as I do. With the finale they sort of just hit the reset button and we really have no idea where things can go or what’s to come. I have no clue. I’m hoping he sort of gets involved in the actual Revenge world and the undercurrent of what’s going on in the Hamptons which Javier has been oblivious to the whole time. I’m just excited to see what the writers throw at us now.

There’s definitely room for Javier to stage his own revenge plan after being screwed over by Daniel and Margaux (Karine Vanasse) isn’t there?

That’s another fun dynamic and I’m excited to see where it goes between me and Daniel…Margaux too. With Daniel it’s man-to-man and that alpha-male thing after he screws Javier over and steals the programme. It’s opened up a whole new world for him so it’s exciting to see where that’s going to end up going.

Javier’s relationship with Charlotte took a bit of a backseat in the final few episodes of the season. Are you hoping to explore that further next season and have more scenes with Christa?

I love working with Christa. Besides Nolan, and I know they had their problems the last couple of episodes, Charlotte has been the only constant Javier has at this point. He doesn’t really speak to his family anymore after going to jail so that relationship is one I definitely think brings out a different side of Javier. It’s a fun side to play with especially when the other side of Javier is just impulsive and chip-on-the-shoulder. He has this soft side that comes out when he’s with Charlotte.

Madeleine Stowe has become known for her killer glares in Revenge. Javier hasn’t had the opportunity to give one of his own yet but we imagine they must be coming. Have you been asking Madeleine for any advice so you can perfect ‘the glare’?

(laughs) I haven’t yet but the first time I’m going to have to give it I’m going straight to Madeleine.

She really has it down doesn’t she? No one does it better than she does on the show…

Madeleine is amazing. She’s so fun and different from Victoria. The way that she pulls that character off is mind-blowing and whenever I’m watching scenes I’m like ‘Jesus, that was incredible’.

What would you say have been your favourite thing to do as Javier so far?

Episode 19, Allegiance, when the Graysons were trying to buy me and I was having the internal struggle about leaving Nolan. I think whenever you come into a relationship acting-wise and there’s so much back-story like there was with Nolan being Javier’s hero/mentor it’s just a fun dynamic to play with because there’s just so much pulling you. Internally Javier is stuck feeling a responsibility to Nolan but that quick money was infront of him and he didn’t know what to do. It’s a fun place to act in and be able to bounce back and forth.

How have you been finding the Revenge fanbase? They are well know for being a pretty passionate bunch…

They’ve been lovely. I’ve never had this experience so to have my first major gig be one that has such a solid and dedicated fanbase feels really good. It’s going to suck when I go to the next thing and the fans aren’t so die-hard.

As you said before this is a great platform and you never know where it could lead you on to. The next step could be even bigger…

Yeah. Hopefully it is. It’s definitely been a great one to start with and it’s so much fun. Javier is a great character and I’m having fun. That’s something a lot of actors talk about losing when they start working, finding that place where you stay enjoying it the way you did before you were getting paid for it and the responsibilities that come with it and I haven’t lost that. It’s super enjoyable and I look forward to work every day which is an amazing feeling.

One of the hardest things we imagine on Revenge is not giving away any spoiler details. Is it hard to keep it all in when you get your script and find out about the next juicy plot twist?

Yeah! My mom is a huge Revenge fan and she has been since season 1. In my house growing up we ate dinner in the dining room. When I visited her at Thanksgiving and Christmas last year Revenge was on and she made me and my brother get our plates and go to the TV to watch it as we ate. I’ve slipped up with her a few times and said something about a character and she’s like ‘what? Who?’ I told her that Stevie Grayson was Jack’s mom and had no idea yet. Little things like that I’ve caught myself slipping on and had to hold myself back and not talk about it.

There’s a whole etiquette on spoilers. People don’t thank you for spoiling a show for them do they?

No (laughs). People get so upset. That’s another thing with the fans that’s amazing. They were so angry when Javier turned on Nolan and the backlash I got on Twitter!

They should be happier next season as Javier returned to Nolan with his head in hands at the end of season 3. It seems like he’s trying to rebuild those bridges…

I think in the last episode of the season Javier really matured. It’s hard for someone like Javier who’s a genius and has really gotten nothing out of how talented he is. He’s impulsive and ambitious and that chip is there; he wants everything now. In the finale I think he realised his mistakes, matured and really manned up when he came back to Nolan. Hopefully that relationship gets mended because I love working with Gabe. That’s one I’m always happy about when we have scenes together.

We wrapped around April 8th and I went to Canada to do this really incredible little short with Doris Roberts and A.J. Buckley, and a young director called Neil Champagne who is stupidly talented. I shot that and then this week I just finished my one-man show I’ve been writing so I’m dying to go back and put that up time permitting. We start shooting Revenge season 4 at the end of July I believe so it’s just figuring out where I can fit that in. That would be incredible to get back and do a little bit of theatre again before I go back to TV.

Well hopefully if you do find the time you can bring it over to London too at some point?

Revenge returns for a fourth season this autumn in the US with a UK transmission expected to follow in January 2015.

Advertisement. Scroll to continue reading.
In this article:Henri Esteve, Revenge