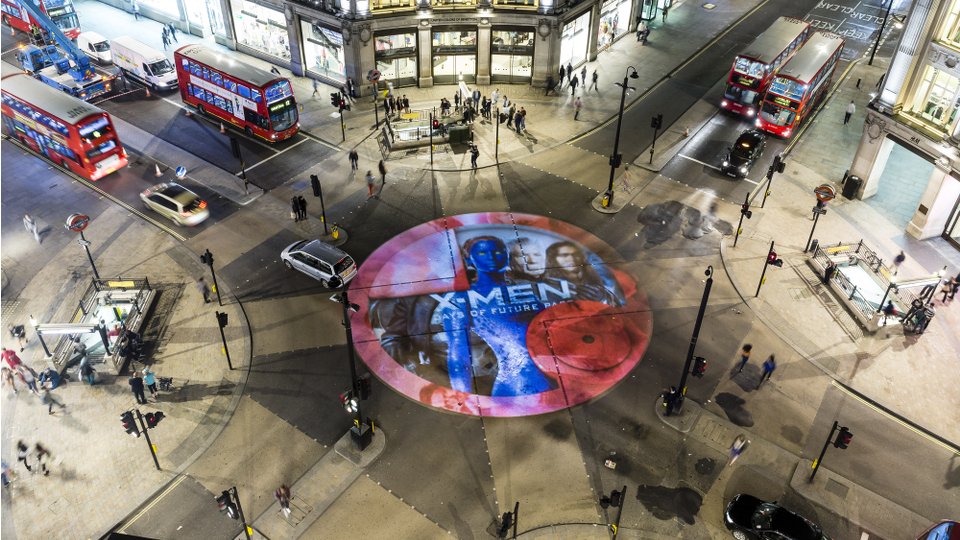 X-Men: Days of Future Past is taking over Oxford Circus for a limited time.

For the first time in London, Westminister City Council has granted permission to project onto the pedestrian diagonal crossing at Oxford Circus. 3D stills and moving visuals from X-Men: Days of Future Past will be beamed down from the rooftops.

The projections debuted between 8.30pm and 11pm last night and will be doing the ams again tonight. The X at Oxford Circus will light up during the 18 second designated crossing time.

David Shaw, Head of the Regent Street Portfolio at The Crown Estate, which is supporting the project, said: “We are delighted to work with Twentieth Century Fox once again in what looks to be an exciting first for London’s West End. Since launching in 2009, the Oxford Circus diagonal has not only eased pedestrian congestion, allowing for greater access to one of the world’s premier shopping destinations, it has also become a landmark in its own right”.

X-Men: Days Of Future Past is in UK cinemas now.

In this article:X-Men: Days Of Future Past