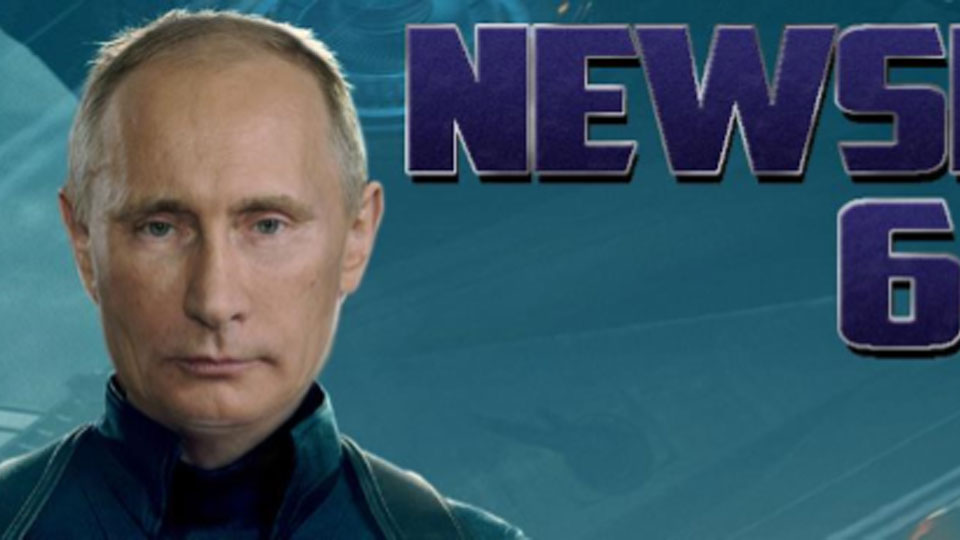 Nobody is safe: from Putin to Pistorious, politicians and celebrities alike come under fire in a turbo- charged barrage of hilarious songs and sketches. A regular Fringe favourite, NewsRevue is back for its 35th year to poke fun at all things topical.

NewsRevue’s exceptional writing and original takes on current affairs mean you can expect the very best of British satire. Looking back over the biggest events of the year and those that are coming up – expect Scottish Independence to be a big theme – this year’s NewsRevue is directed by Christopher Jefferies.

The show is acknowledged as a highly successful springboard for all the incredible talents involved, many of whom started their careers on the show before scaling great comedy heights. Alumni include: Rory Bremner, Reece Shearsmith, Alistair McGowan, Bill Bailey and Michelle Collins.