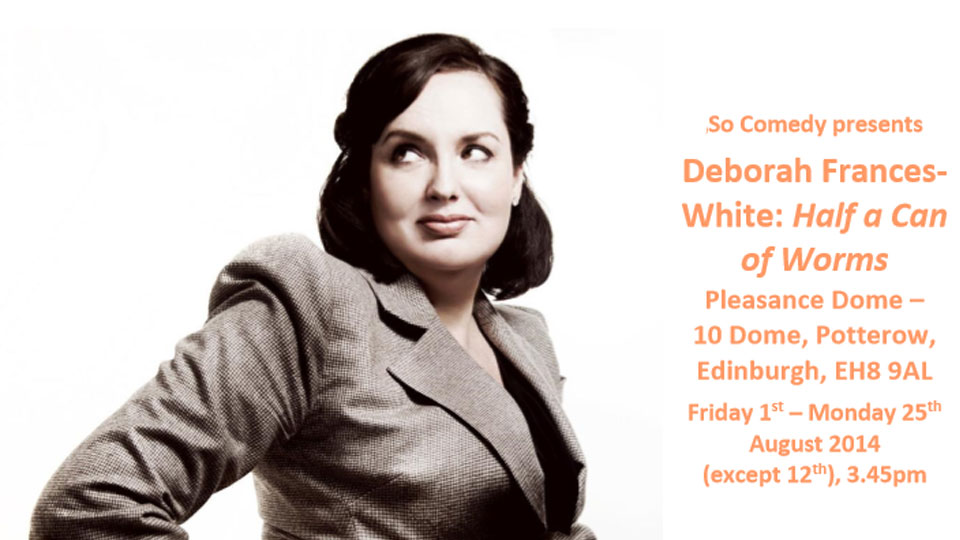 Comedian Deborah Frances-White was adopted when she was only ten days old. Until late 2012, she knew nothing about her birth family. Then she stumbled across some information that led her to investigate her past. This is her true story. Turns out, you can’t open half a can of worms! Half a Can of Worms runs Friday 1st – Monday 25th August at Pleasance Dome – 10 Dome, Potterow, Edinburgh, EH8 9AL.

Armed with only her birth mother’s maiden name, Deborah turned internet detective to track her down. There is no doubt that this quest was a gamble – full of false leads, hilarious disappointments, hysterical revelations and, most importantly, the consequences of her discoveries.

Deborah will also be bringing back her hit late night improv show Voices in Your Head, each weekend at the Gilded Balloon, with a host of special guests.

In this article:Deborah Frances-White, Edinburgh Fringe, Half a Can of Worms