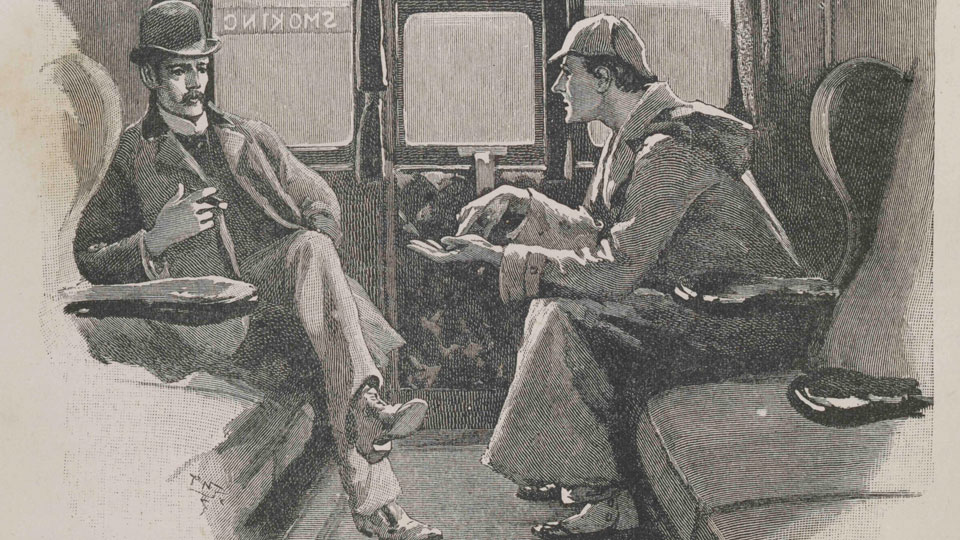 A Sherlock Holmes exhibition is to open at the Museum of London on 17th October 2014.

Sherlockians will be delighted to see artefacts such as:

The exhibition will be the largest of its kind for over 60 years (the last major temporary exhibition about Sherlock Holmes was staged during the 1951 Festival of Britain), drawing on the museum’s Victorian and Edwardian collection and bringing together Sherlock Holmes material from across the globe, including several key world class loans. The rarities will be on show in the city that inspired the stories, where the Victorian fogs, working classes and criminal underworld has fascinated readers since Conan Doyle first penned the stories.

Sherlock Holmes first came to life published in the Strand Magazine in 1891, and original manuscripts and first copies of the magazine form part of the exhibition. The American literary great who specialised in ghost stories and the macabre, Edgar Allan Poe, was a formative influence on the Sherlock Holmes author, and the exhibition will include a rare loan of hand-written manuscript pages from The Murders in the Rue Morgue (1841), on loan from the Free Library of Philadelphia and in the UK for the first time. Joining this is Conan Doyle’s own manuscript of The Adventure of the Empty House (1903), the story which sees the dramatic return of Sherlock Holmes, seemingly from the dead, after his confrontation with Moriarty at the Reichenbach Falls. This artefact is on loan from The Rosenbach of the Free Library of Philadelphia.

The man who first visually realised the characters of Sherlock Holmes and Doctor Watson – The Strand Magazine illustrator Sidney Paget – will have his work celebrated in the exhibition. Original drawings by Paget will be on display, and a public first for his oil painting of Conan Doyle, which is on loan from the Conan Doyle Foundation.

Alex Werner, Head of History Collections at the Museum of London and lead curator of Sherlock Holmes said: “Peeling back the layers of Sherlock Holmes, we will reveal the roots of this global icon who has continued to enthral audiences for over 125 years. It is fitting that it be hosted here, in the city which shaped the stories and created such a rich source for its success.”

The evolution of Holmes and his portrayal in popular culture will be considered from stage to screen, including the performances of William Gillette, Basil Rathbone and the actor many consider to have delivered the definitive Holmes: Jeremy Brett.

Bringing the stories into the 21st century, costumes from the recent television series Sherlock starring Benedict Cumberbatch will go on display, including his Belstaff coat and the Derek Rose camel dressing gown, worn by Cumberbatch, on loan from Hartswood Films.

Painting including Westminster Bridge, Houses of Parliament and Westminster Abbey (1872) by John Anderson, The Regent Street Quadrant at Night (1897) by Francis Forster and the atmospheric prints of William Wyllie and Joseph Pennell (courtesy of the US Library of Congress) will capture the London familiar from Conan Doyle’s literary canon. 19th century photography will bring the city into even sharper perspective, depicting familiar scenes from the stories such as Piccadilly Circus in the work of George Washington Wilson and the evocative landscapes of London seen in Alvin Langdon Coburn’s photographs.

Light is shed on some of Holmes’ less savoury habits.

The defining characteristics of Holmes will be placed under the microscope. This includes Holmes’s analytical mind, his forensic and scientific approach to solving crimes, his ability to go undercover as a master of disguise, and his characterisation as a Bohemian drug taker yet model English gentleman.