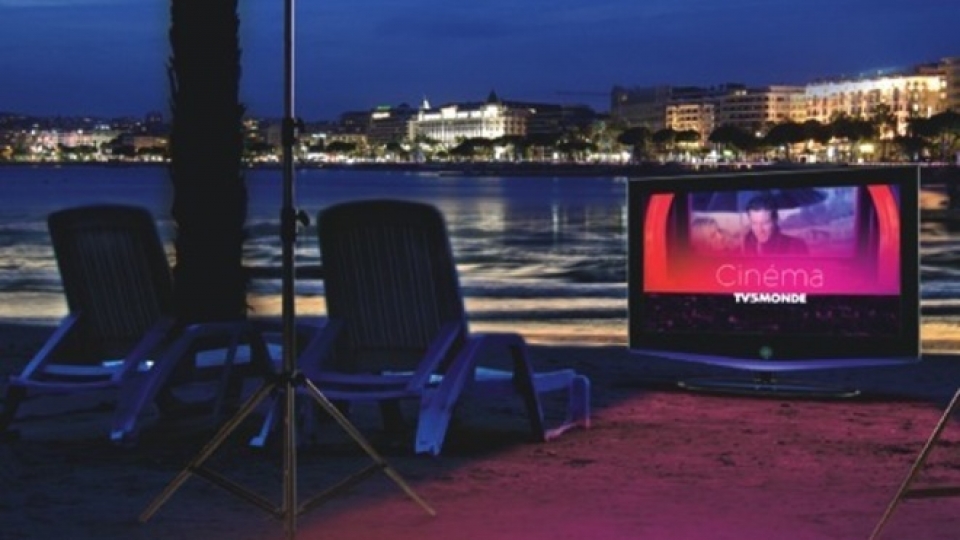 Until  25th May, TV5Monde will be giving viewers an exclusive invitation to get up close and personal with the stars right from their living room. According to a recent Populus online survey, 40% of 1000 populates within the UK are interested in following the glitz and glamour of Cannes International Film Festival, and with the high levels of celebrity attendees, competition in the fashion stakes, and the prized Palme D’or award, it’s easy to see why.

TV5Monde’s news team has decamped to Cannes to cover the prestigious film festival right from the hot seat. L’Invité (The Guest) – the long-standing popular interview magazine will be on site at La Croisette every day at 5:50pm, with host Patrick Simonin welcoming guests and famous names from the big screen including Cannes Jury President, Jane Campion and previous Palme D’or winners.

Film buffs can enjoy specially selected English subtitled award-winning Cannes films showing bi-weekly throughout May on TV5Monde. Flirt with your French side and enjoy films from the birthplace of cinema, with highlights including 1960 Oscar winning Best Foreign Film; Orfeu Negro and don’t miss previous performances from winning directors and actors who are creating a buzz around this year’s festival.

With English subtitles available at the click of a button, TV5Monde also provides viewers with the opportunity to brush up on their language skills and enrich their French vocabulary with an online, interactive learning programme.

TV5Monde is available to Sky customers at no extra cost on channel 799 and to Virgin customers on channel 835.