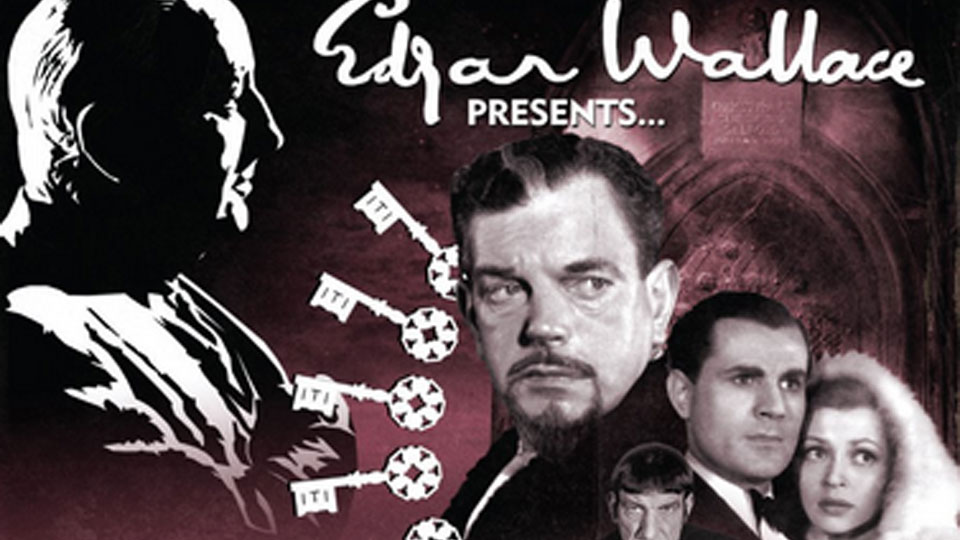 British film The Door with Seven Locks was first released in 1940, just as the country had embarked on a long and arduous war. The subject matter is, unexpectedly given the context of the time, light and unchallenging. It was adapted from a novel by popular English crime writer Edgar Wallace and starred a big name of British film of the time – Leslie Banks.

Banks (who had made his name in Hitchcock’s The Man Who Knew Too Much, in which he appeared opposite Peter Lorre) is on great Machiavellian form here. That’s not to give too much away: one look at his black goatee beard tells you that his character Dr Manetta is up to no good, and when he’s the physician at the bedside of a sick old man, you know the old coot is about to croak and the rest of the film will concern itself with his contested inheritance. In that respect, The Door with Seven Locks is predictable, and provided contemporary war-weary audiences with a dose of escapism. The story is plot- rather than character-driven, with a medieval torture chamber and a Canadian heiress June Lansdowne (the underrated Lilli Palmer, who alas spends much of the film locked up) thrown into the mix, the movie is a sequence of set-pieces revolving around the opening of the titular door.

The story, despite its implausibility, has the potential to be good fun, but stolid direction from Norman Lee, who was coming to the end of a fairly undistinguished career, puts the kibosh on that possibility. The film is short, but a plodding pace and uninspired directorial choices give it a laboured patina. Historians of British film will enjoy the theatrical performances, from a time in which film and stage acting had yet to be recognised as distinct disciplines in the UK.

The best aspect of the film is some of the actors involved, notably Banks and Palmer. Taken on its own merits, it’s a fairly forgettable run-around. There are a few other familiar faces involved: Philip Ray went on to be in almost everything, from Hammer Horror films to Doctor Who, and is readily recognisable here from his perpetually worried expression and cleft chin.

The Door with Seven Locks is presented in its original 1.33.1 square format typical of British films of the era. The picture and sound quality is variable, and reflects the age of the source material. The title is released as part of the British Film Collection.