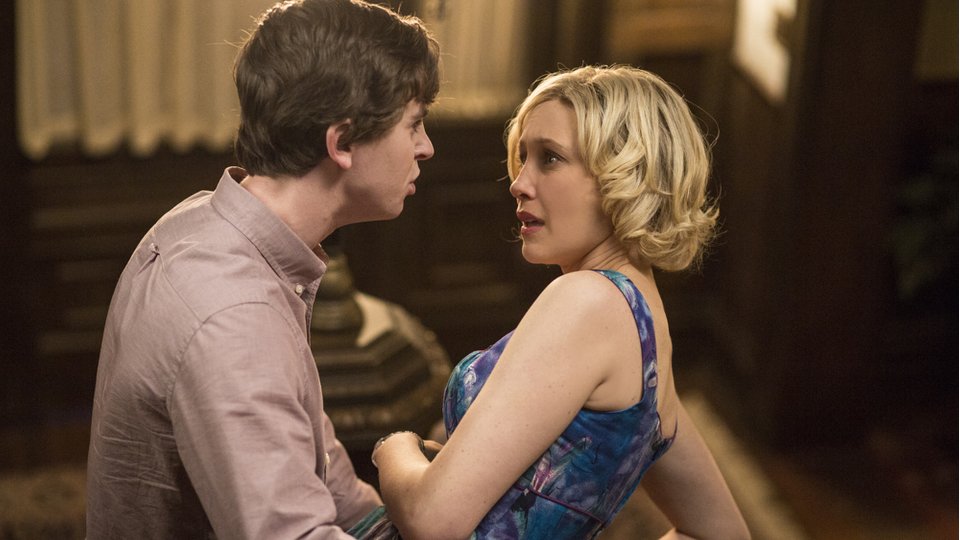 We’re only 3 episodes away from the end of Bates Motel’s second season and we’re utterly hooked.

In the latest episode the fallout from the death of Cody’s (Paloma Kwiatkowski) further pushed Norman (Freddie Highmore) away from Norma (Vera Farmiga) and raised suspicions about Norman to the police. Cody left White Pine Bay to go live with her aunt and her father’s death was ruled an accident.

Elsewhere Dylan (Max Thieriot) refused to participate in a raid on Nick Ford’s (Michael O’Neill) warehouse, Norma took up her new seat on the town council and Romero (Nestor Carbonell) was told that the semen sample found in Miss Watson’s body belonged to Norman.

The next episode of the season is Meltdown. Norma refuses to tell Norman the truth about his blackouts, while Romero digs deeper into the murder of Miss Watson.

Tune into Universal Channel at 9pm on Wednesday to see the episode. Preview it with our gallery below: