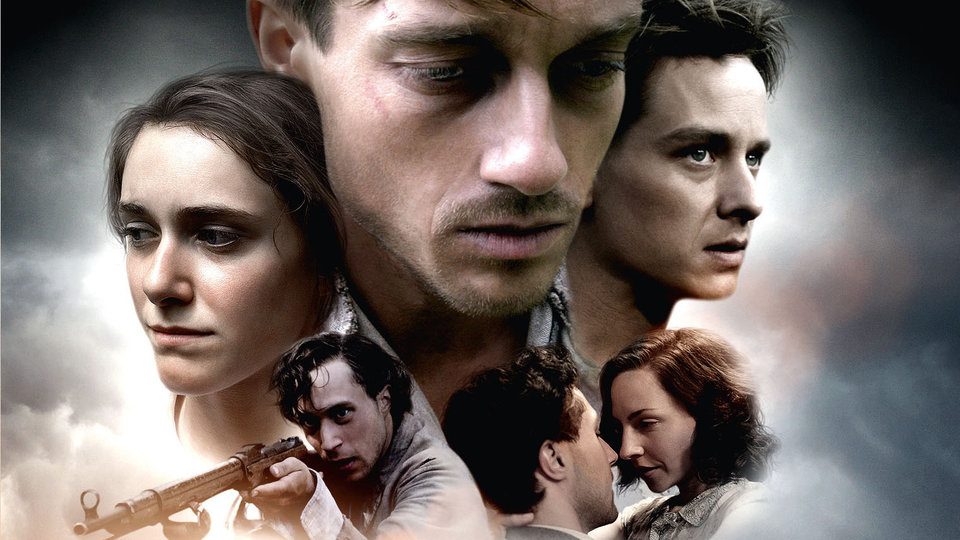 While BBC Four’s Saturday night slot is well known for its success with the genre, Generation War is BBC Two’s first subtitled television acquisition since 2001. The channel-leap further embodies the strength of the UK’s love for foreign-language drama, which continues to grow.

Following in the footsteps of hit BBC Four programmes The Bridge, Borgen and The Killing, Generation War looks set to open up the genre to a whole new audience.

Split into 3 x 90 minute episodes, Generation War begins in Berlin, in the summer of 1941, as Hitler stepped up his assault on the Soviet Union.

Five friends – soldier Wilhelm, his sensitive younger brother Friedhelm, Charlotte, Viktor and Greta – say their farewells, with the promise to meet again after the war, which they are convinced will be over by Christmas.

Little do they know how long it will go on to last, nor how much the unfathomable experiences, deprivations and terrors will change them. It is the experiences of friendship and betrayal, belief and disappointment, illusion and insight, guilt and responsibility, which will change their lives forever.

Wilhelm and his brother have been ordered to the eastern front, Charlotte will do duty as nurse in a field hospital there. In Berlin, Greta makes a name for herself as a singer, with the help of a high ranking party official. Her Jewish boyfriend Viktor is betrayed and deported to a concentration camp in the east.

To mark the release, we are giving away 3 copies on DVD.

Advertisement. Scroll to continue reading.
In this article:Competition, Generation War