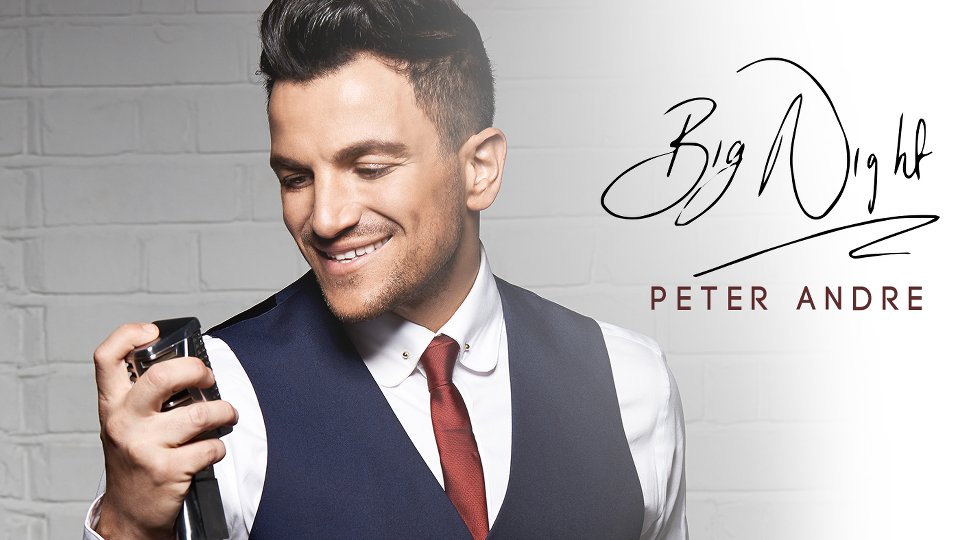 Peter Andre fans take note! If seeing him all over your television wasn’t enough to keep you brimming with excitement, we are pleased to announce that he is about to release a brand new studio album, Big Night.

Can you believe that this is his tenth studio album? He has been a part of our lives since the early 90’s, but more recently as a reality TV star and in recent years, his music seems to have taken a bit of a back seat, to his television work. His biggest hit to date is still his feel-good pop number Mysterious Girl, which reached no.1 in several countries, with the help of his rippling torso and 6-pack and many questioned the ability of his longevity in showbiz.

Fast forward a decade or so later and he has proved everyone wrong, he seems to have more fans than ever and we found ourselves at the album launch of his new album – titled Big Night, at Under the Bridge in Chelsea last night and the whole vibe was pure fun, enjoyment and also, good music. Celebrity guests at the launch included Amy Childs, Uri Geller, Linda Barker, members of boy-band Damage and Jimmy from 911, former X-Factor contestant Sam Callahan as well as his family, friends and 100 lucky fans, who were all there to support his launch at the intimate venue.

The night kicked off with a live band and the song Kid. From the off, the change in musical direction away from his pop roots suited him perfectly, as he looked groomed and dapper in a bespoke suit, throwing in a few dance moves as he entertained the crowd. New Orleans was up next and the song was inspired by his visit there, of which he said it was always his dream of his to go and visit. The song was pure joy and uplifting from start to end. The remainder of the set had a strong soul/jazz/blues/old-skool musician vibe and the songs made us feel like dancing and smiling. Would You Mind ended the night on a bouncy-happy vibe, which had a strong ska-feel to it, with his band and backing singers jamming and singing with huge smiles on their faces.

Everyone in the room had a great time at his new album launch and we were very pleased to hear his new change in musical direction, which matched him and where he is at in his life now, perfectly. Peter Andre has never had huge credibility when it comes to music from his critics, but his new album shows him in a new light and the songs are excellently written, his loyal fans are going to love it and we say good luck to him!

The setlist for the evening was:

Advertisement. Scroll to continue reading.
In this article:Peter Andre