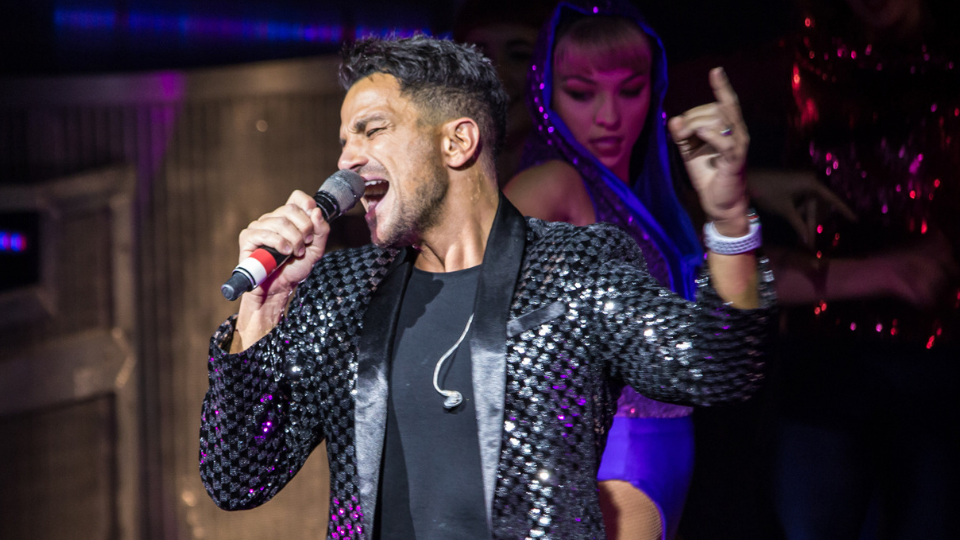 You’ve known him as the King of Pop, one of the greatest musicians of all time, and one of the Jackson Five. He paved the way for modern music, inspired a generation and created a legacy like no other. And in this show he is well and truly immortal. Now I know the 4000th show was a special one off, and as fab as Peter Andre singing ‘Man in the Mirror’ was, I imagine it’d be a bit pricey to have every show night. For the rest of this mesmerising cast you can’t help but think, ‘what a job’. I mean I could easily go to work every day if I knew I was going to dress up in purple sparkly leotard and dance to ‘Blame it on the Boogie’ and ‘Beat It’. And with a light up stage and staircase, screens to give you endless mood lighting and hundreds of back up, is it any wonder you end up wanting to dance all night long with them?

You almost have to come up with a new definition for this West End show. Created by Gary Lloyd, Adrian Grant and John Maher it’s not a musical, it’s not a concert. It’s more than both of these. It tells Michael’s story, it celebrates his life and legacy, it shows you the power of his music. It does so much more than simply take you from A to B (then C). It’s a true celebration of life. But it surpasses the idea of a tribute because no matter your age, no matter when you first heard his music, it has in some way shaped your life. I didn’t see one unhappy face in the audience and why is that? Not just because the cast get the audience up on the feet encouraging them to dance, sing, and really live the music. But because we have all been touched and are experiencing his music again, but on a new and very real level. It’s probably as live in concert as most people will ever get to seeing the man himself, and I have to attribute this to the vocalists who all, in their own unique way, channel Michael so perfectly, so flawlessly that it, on more than one occasion, sent shivers down my spine. That right there is the power of true music, and a true performer.

With such a high energy show you would worry about things becoming clunky, over produced, over the top to try and capture the magnitude of the songs they are performing. But it doesn’t. It’s been elegantly stripped back to the bare minimum, a handful of lead singers, and a cast of powerful and dazzling dancers. All of whom play their own character amazingly. Special mention here of course to the men, your flips, pure energy was astounding. And of course how can we forget the man himself, Michael. Well, technically, Kieran Alleyne. While I was disappointed he did not sing as much as he could, the dancing, the moonwalk, the sublimeness of each click, flick and each ‘hee-hee’ was so spot on it felt, as I said earlier, that Michael had become immortal.

Now for our leading ladies. They OWN that stage making your eye draw to them, and I for one love this. Not because it distracts from the music as they twist, flip and in some cases, twerk, about the stage. In fact quite the opposite. They’re telling the story too. Each of their movements, their facial expressions, encompasses the other side of the story. We know all about Michael, but what about Bille Jean? Was she actually his lover? Well in this show you certainly experience and see the story from the other side. And with our young Michael, holy moly can that little dude sing, he’s cheeky and definitely encompasses everything fun and energetic of the music. He’s sassy and a little bit naughty and at the end of the day who doesn’t love a BAD boy, eh?

Thriller Live is the experience of a lifetime. The 4000th show was an exceptional and heartfelt performance that I have an idea differs by no measure from their other performances. But a show that physically gets the crowd on their feet half way through the show, singing their hearts out, feeling the electricity of the room physically vibrate around the room makes all the other nonsense outside silent. In that room, a relatively small space in the Lyric Theatre, nothing else matters. Colour, status, gender, sexuality, nothing else matters. In many ways this is the beauty of the show. Adding a poignant yet subtle bold underline to Michael’s legacy. We are one, we are the world, and now he has left it to us to make things better. The passion, the intensity and true love for this show from all involved, from the band (who were of course, sheer perfection) to the lighting and special effects team hit the nail on the head. There is nothing in this show that needs to be perfected it already cracks it every time. I’m not sure it could ever be beaten.

“A star can never die. It just turns into a smile and melts back into the cosmic music, the dance of life.” – Michael Jackson

Thriller Live first Moonwalked into the Lyric Theatre on Shaftesbury Avenue in January 2009. It holds the record as the longest ever run of a show since the theatre started entertaining the capital in December 1888. Thriller Live’s 4000th charity gala performance was in aid of The Prince’s Trust. 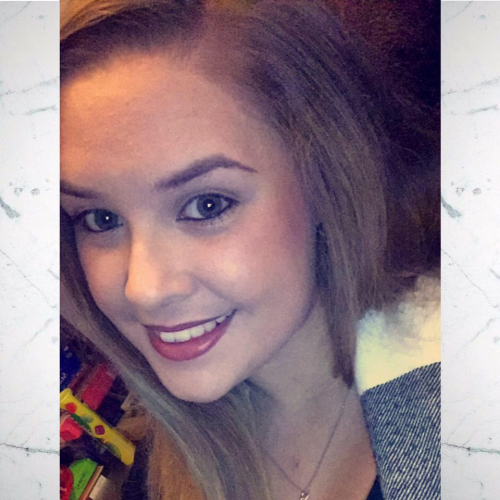